I have been sewing on BERNINA machines since 1993 when I bought my first, a model 1090. It was a mid-level machine with a limited number of stitches; however, it did have one key BERNINA feature: The Free Hand System (FHS), often referred to then as the “knee lift”. 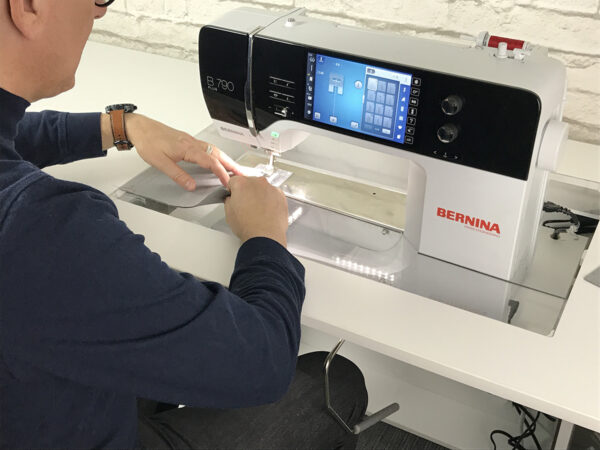 As most new BERNINA owners do, I quickly realized how precise, robust and fast my new machine was. There was no project it couldn’t tackle (me? I still had a lot to learn). And while using all the features of the machine, there was one that wrapped itself around all the others, helping me with every single seam I took: The Free Hand System.

To a non-BERNINA machine owner, if you mention the Free Hand System they may ask “What’s the big deal?”. Yet, ask any sewist who uses it, and they will tell you (rather emphatically) that they would never sew without it! So, what is the big deal?

It’s very simple. You could summarize it as: FHS = A Third Hand.

When you press on the knee lever, several things happen in tandem:

As a result, combining these 3 functions means that you can keep both hands on your project at all times. So nothing shifts, scoots or gets out of alignment when you are ready to sew your seam. BERNINA FHS: It was first…and still is the best!

You may have noticed that many brands now offer a form of knee lifter. The BERNINA FHS still offers some key advantages:

When do I use it?

The answer: All. The. Time.

And now… A bit of ergonomics.

BERNINA commonly mentions the word comfort when describing the operation of our machines. Whether it’s lighting, easy to attach and remove presser feet (never needing a screw driver) or other features, the FHS is definitely the key aspect of sewing comfort in my studio.

Like with any tool, it pays to handle and use the FHS properly. It will work as it’s supposed to while promoting your comfort. The basic recommendation for its use is as follows: 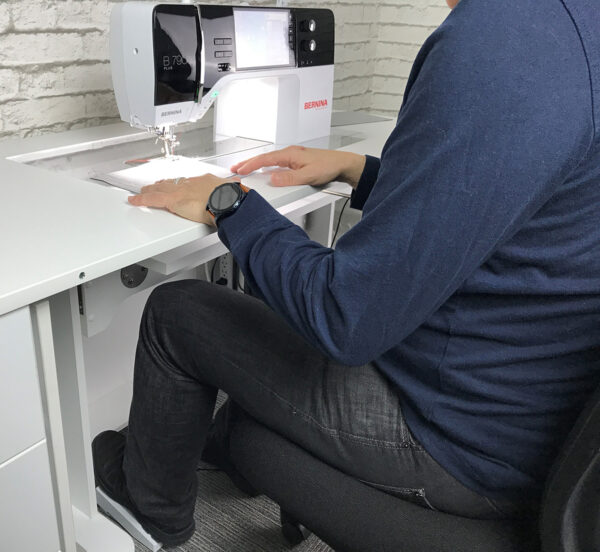 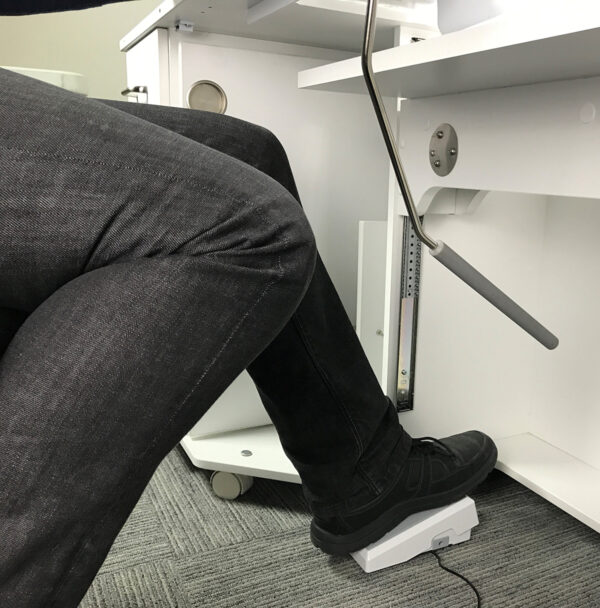 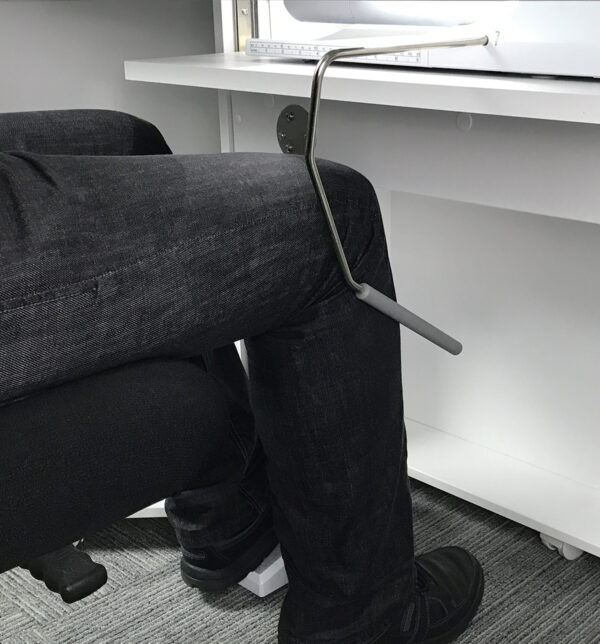 TIP: Some of my students have mentioned over the years that they found the knee lever too far or too close to their leg and wouldn’t use it because of that. Did you know that your machine technician can adjust the angle of the knee bar socket so the bar will be at the right distance from your leg? This way you won’t be nudging the bar inadvertently while sewing, which would cause stitches to not feed forward, and also result in loose tension. It also will let you have the knee lifter right next to you so that you don’t have to overreach to use it. Check with your BERNINA technician if you think your knee lever needs an adjustment. The end goal is your comfort!

To wrap it up…

In the beginning, when I was shopping for a good sewing machine way back in 1993, I requested the brochures from each of the major sewing machine companies – back then, they came by snail mail! When the BERNINA brochures arrived, a customer service rep had hand written on a brochure that the FHS is what made a BERNINA worth it. Truer words were never written! 25 years later, I can’t sew without my Free Hand System. And I feel short of a hand when I have to sew without it! 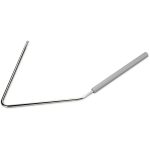