Making a perfect turned edge appliqué circle by hand can be a bit daunting. You have to turn the edge, which is longer in circumference than the finished size of the circle, which can cause some unpleasing pleating to occur. There is also the risk of an irregular finished edge if you don’t turn in the raw edge in small enough increments.

Lucky for us, there is a simple, easy and surefire way to create perfect appliquéd circles. Sound too good to be true? Get ready for the sweetest sound, because it is true. Plain and simple.

Oh, and as a bonus, this appliqué is fusible, so it will stay put as you stitch down the edge. What could be easier? 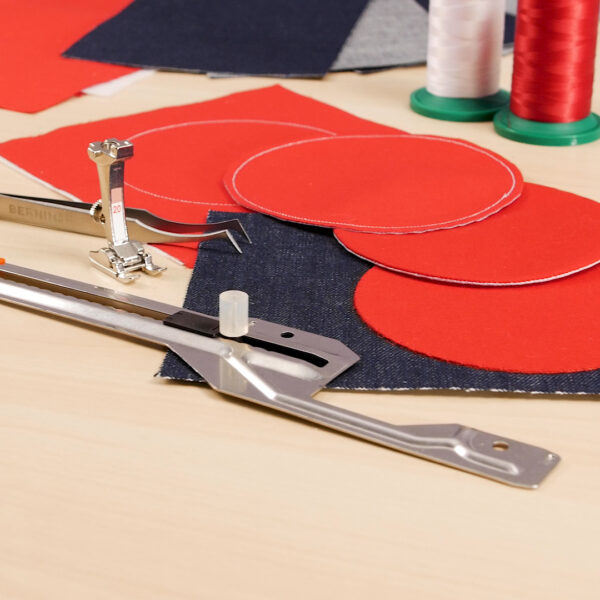 How to Create Perfect Appliquéd Circles: The Basics of the Technique

NOTE: We’ll be using a fusible material in this process, so it’s important to only fuse at the right stage and not before. Look for the fusing stage in red below. 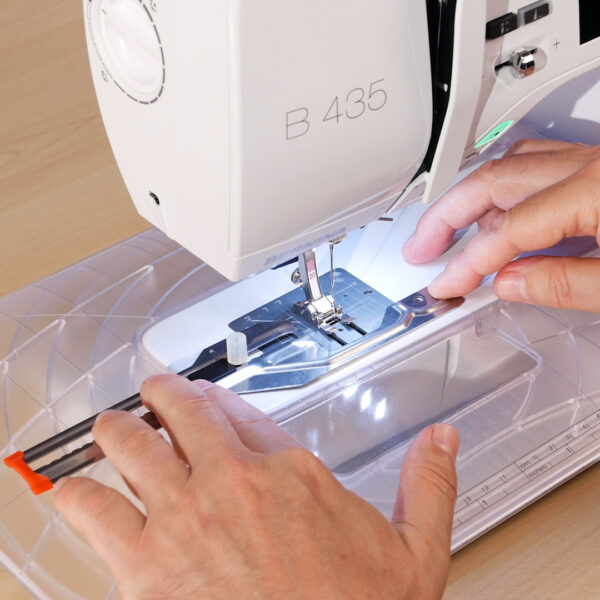 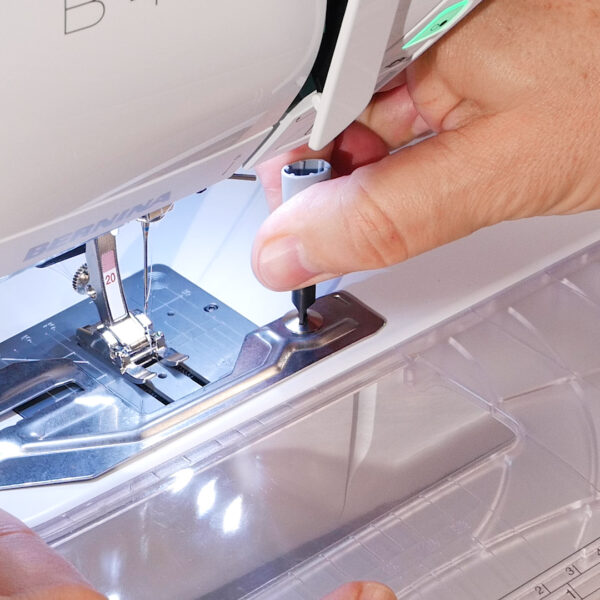 TIP: Use #Open Embroidery Foot #20/20C/20D for good visibility as you stitch around the circle. 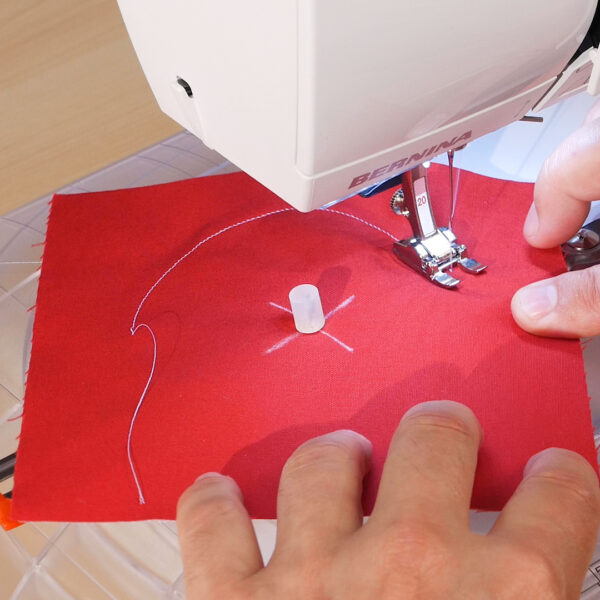 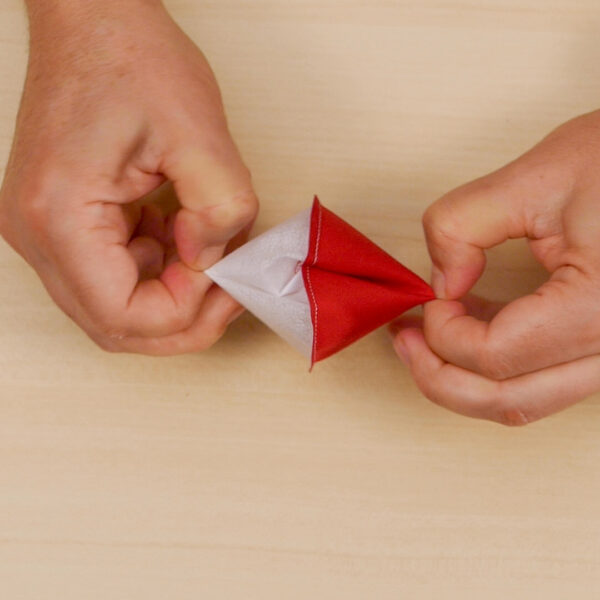 Turn the appliqué right side out through the slit in the interfacing. 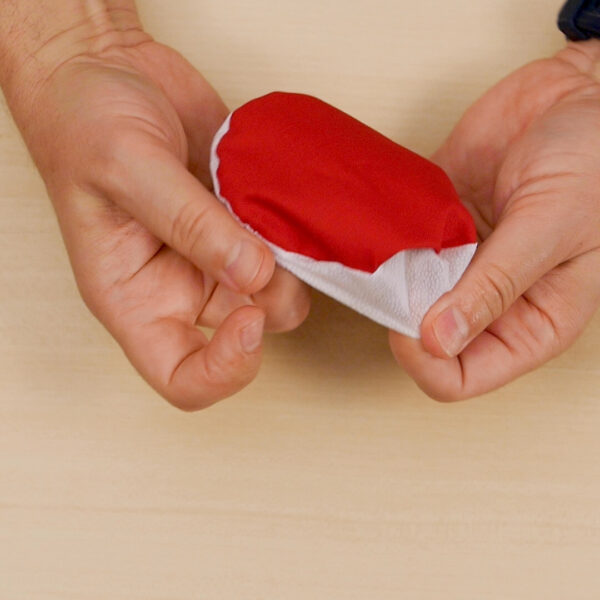 TIP: I used the blunt end (handle) of my BERNINA Tweezers to press out the seam. Since it is slightly curved and smaller than a point turner, it let me go around the seam gradually and easily to get the perfect edge. 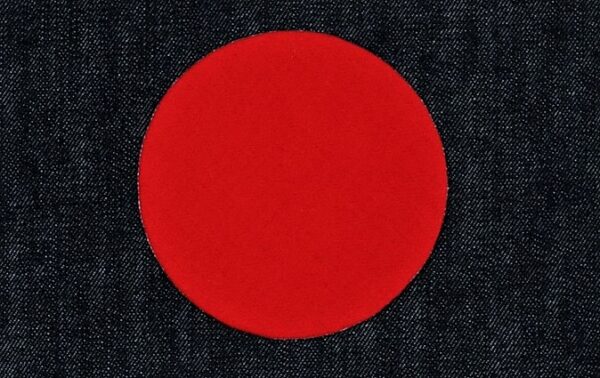 NOTE: Since the appliqué is fused, you don’t have to stitch around the edge if you choose not to. Not stitching can yield a very smooth edge effect, suggestive of floating circles. There is no need to worry about the appliqué coming undone, since its edge is securely turned under and permanently fused to the base fabric. However, if you like the traditional look of a handpicked stitch at the edge, this is easily done with the steps below.

TIP: I like to use Isacord thread for my appliqués. The wide color palette lets me get an exact match with my appliqué fabric every time. TIP: You can set the straight stitch to a length of 0.5 mm with the needle position moved to the far right (+5, same as for your appliqué stitch) to secure the beginning and the end of the stitching. All BERNINA machines remember the settings and the changes you made to them for each stitch you use. This feature is called Temporary Altered Stitch Memory…a mouthful but the best of features! So as long as your machine remains turned on, you can toggle between these two stitches to secure and sew the appliqué.

Although somewhat detailed, the steps above really only take minutes to complete. These steps will shorten the time it takes to make circular appliqués, especially compared to manually turning under the edge of each circle. Your appliqué will also be securely fused, and thus easier to stitch around. 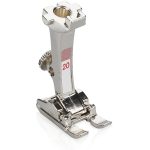 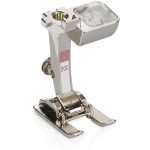 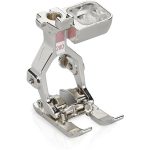 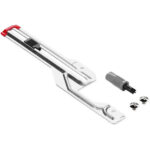 One thought on “Circular Appliqué the Easy Way”