Nothing speaks of happiness in a room like a garland made of colorful pennants. You can make these to hang year-round, or place script on them for a special occasion. 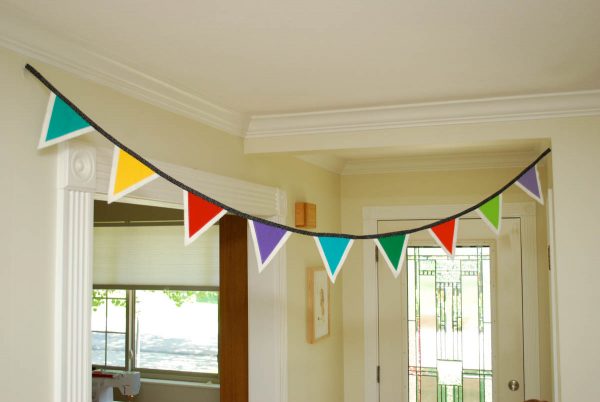 Materials to sew the string of pennants:

Note: because you can make as many or as few pennants as you wish, you need to print the pennant pattern first to determine the amount of fabric you will need. When it comes to the colored fabric, the minimum width of the cut should be no less than 1/8 of a yard.

Trace the large triangle on the felt, repeat for the number of pennants you are planning on. Use a disappearing purple pen for this task and make sure the triangles do not touch each other. 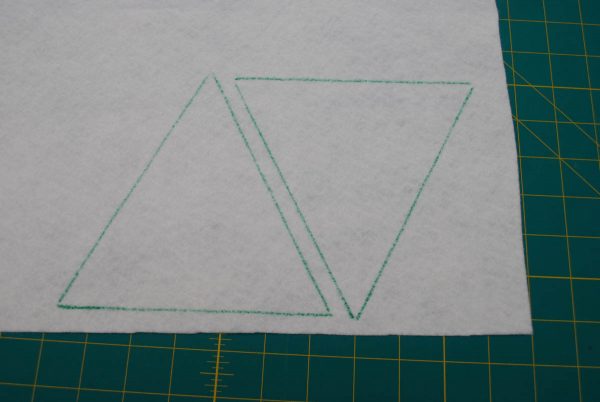 Note: I used a green felt marker on the picture to improve visibility, don’t use a marker yourself; it will not ‘go away’. 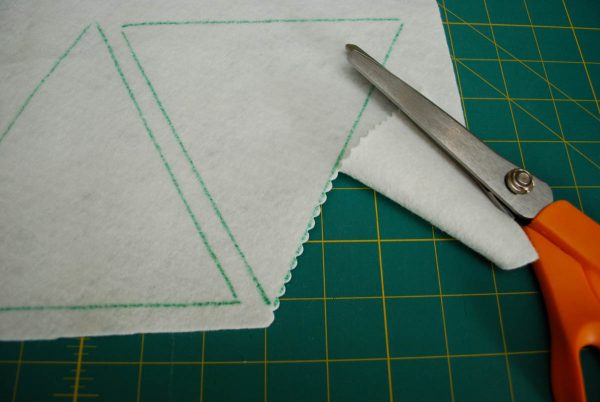 Cut the two long sides of the triangle with the fancy shears, making sure to orient the blades in the right direction if you are making scallops.

Use a regular pair of scissors for the topside of the triangle. 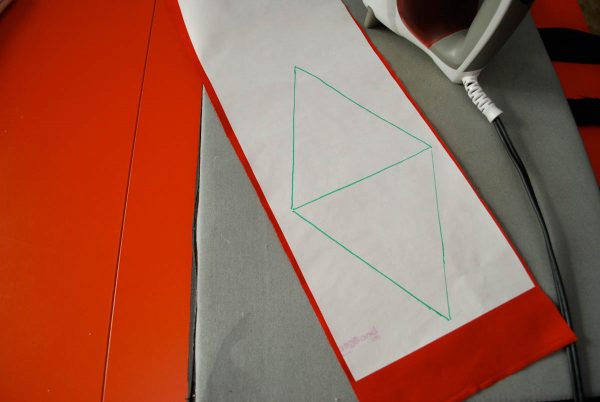 Cut the fusible web in strips wide enough to contain two small rectangles stacked on top of each other. Mark the small triangles. 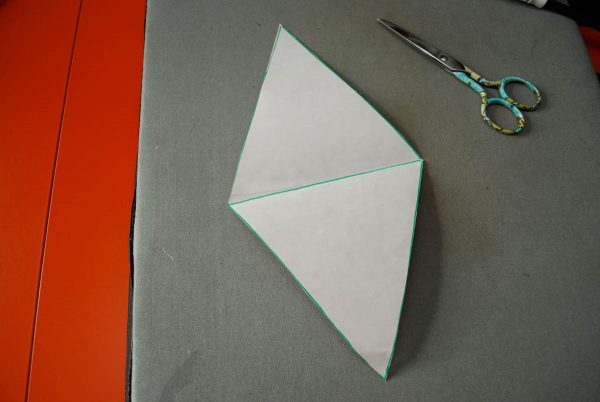 Fuse the fusible web to the wrong side of the fabric and cut the newly formed lozenge shape with regular scissors. Crease along the middle with you thumb or the iron. 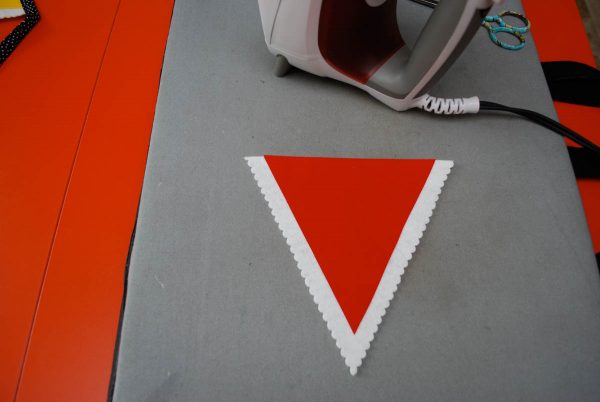 Remove the paper backing from the fabric lozenge and place it around a large felt triangle. Making sure the two sides are as centered as possible fuse the fabric to the felt. 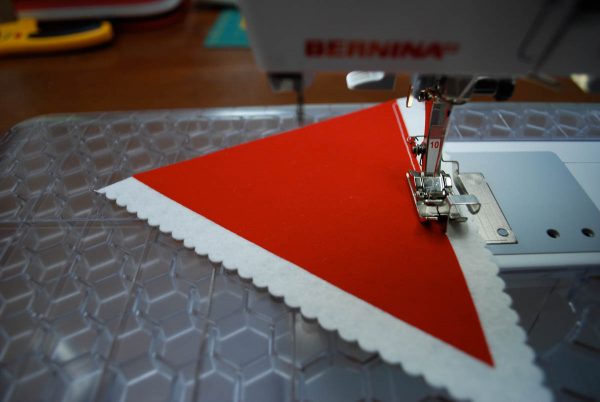 Sew along the long side of the fabric triangle very close to the edge. You can use BERNINA Blindstitch foot #5 or BERNINA Edgestitch foot #10 for this purpose. Use a needle no smaller than #90 for this task. You might need to raise the thread tension a little as well. Pivot at the triangle point. There is no need to backtack or sew the top of the triangle. 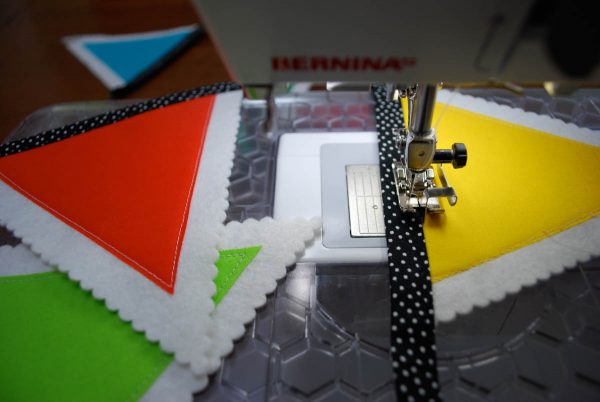 Place the pennants at regular intervals into a strip of double folded bias tape. Sew the tape shut close to the edges. 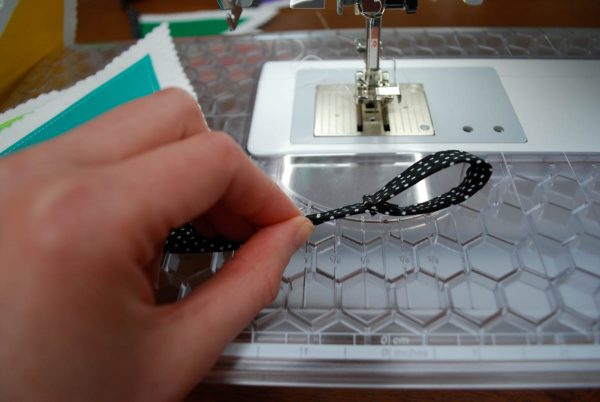 Leave enough tape at each end to sew a little loop convenient for hanging the banner.