When my husband surprised me with a new Bernina 830 Record to go with a new sewing machine cabinet in 1976, it began a long sewing attachment for me.  The Bernina 830 was new on the stage at that time and I really didn’t think we could afford it.  Little did I know that the Bernina and her iconic red carrying case would play such a significant part.  Back then I was a new wife and mother living on the mainland, far from the balmy shores of Hawaii where I grew up.  The soothing sound of the Bernina as I sewed somehow closed the distance.

Over the next few years, I took classes with my mother-in-law at a local Bernina shop, learning to use the Bernina 830’s  various stitches, doing heirloom sewing, beginning quilting projects and trying out the little red box of accessories that my machine came with.   I still have the infant baby top that I sewed with the ruffler attachment.  Bernina 830 had revolutionized sewing for me.

When I returned to work fulltime, I used my Bernina occasionally until after I retired. It never failed with its consistent stitches and faithful output.  However, I decided to take my trusty Bernina 830 to have it serviced.  Lo and behold… the same technician who serviced her years ago was still there!  The shop had moved, changed ownership, but was still the flagship Bernina dealership in town.  Why not take a few of their classes?  So many things about quilting had changed for the better: fabrics, rulers, templates, and the rotary cutter.  I was impressed with the Bernina line of computer sewing machines.  As I took classes, I tried out the different classroom models until I found the ones I was most comfortable. I bought the 750QE, then later traded it in for the B880.  The Bernina support on how to use the machine continue to be invaluable — just like before.

My first Bernina is temporarily at my daughter’s home — ready for the next generation.  My granddaughter has already had a couple of sewing lessons on it with me.  Although I will not replace her, my original Bernina 830 Record has a family — the Bernina 330, 350 and 880. And that original accessory box?  It joins Bernina’s  fleet of presser feet, embroidery module and accessories such as the BSR.  Each has a place whether I am sewing or quilting. Few things last a lifetime and  you can say that the Bernina 830 in the little red case has followed me throughout my sewing life.  I’ve been attached to it ever since.  Thank you, Bernina. 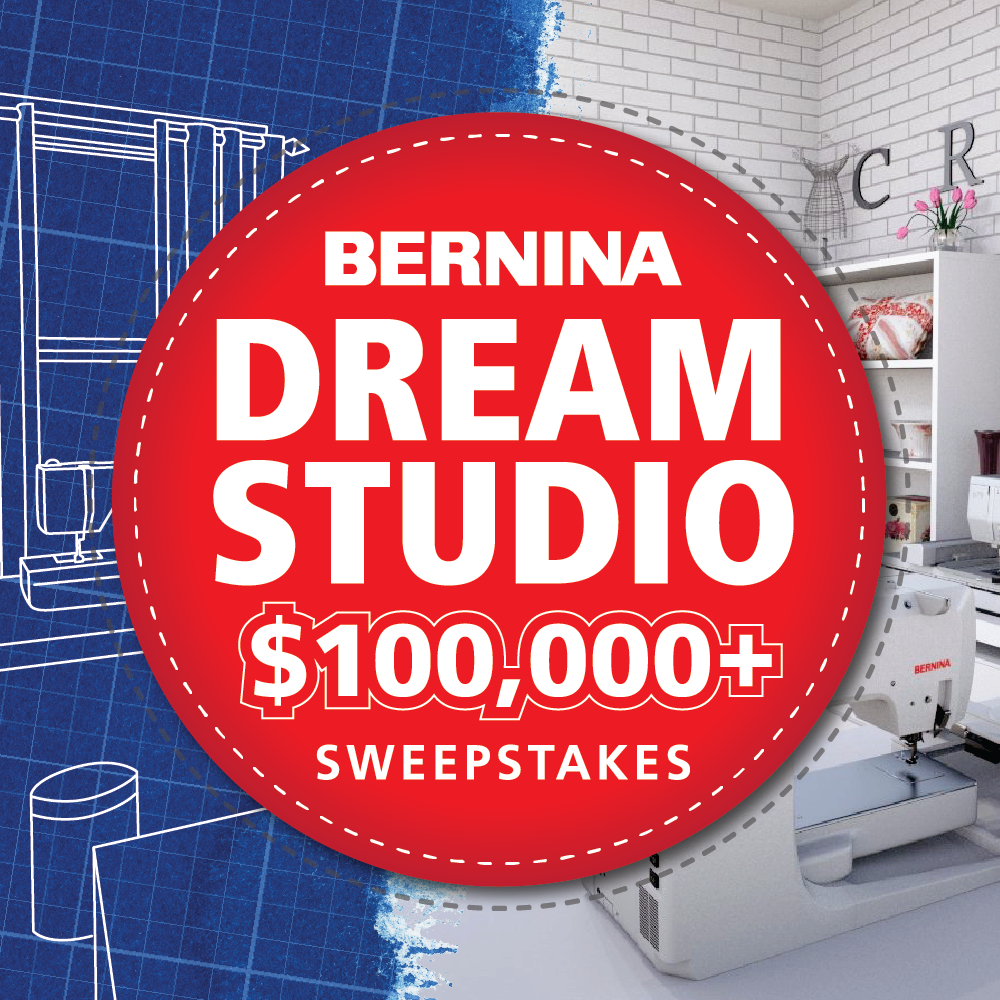