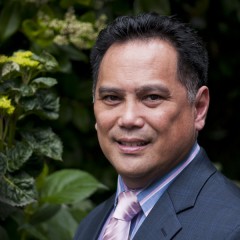 Ed currently works for a major aerospace company as an Information Technology Project Manager. He has a Computer Science Bachelor's degree and an MBA from Pepperdine University along with business and technical certificates from the University of Oxford, University of Antwerp, Carnegie Mellon and the University of California. He is also a certified Project Manager Professional (PMP). Ed has taken advanced pattern making and gown draping from LA Trade Tech. He has a son in his late 20s.
Ed began teaching himself to sew at age 10 after being intrigued with how flat pieces of fabric evolved into 3-dimensional garments. He first learned about the BERNINA brand in his early 20s when a co-worker recommended that he buy a BERNINA if he was interested in doing "serious" sewing. That recommendation stayed on the forefront of his mind until he was able to purchase his first BERNINA, an artista 180E. He utilizes his artista 170E, 180E, 730E, 830 LE and BERNINA Embroidery Software as extensions of his analytical and artistic skills to grow his expertise in this craft. In that regard, Ed strives to ensure his next project is more challenging than his last. How to Bind Edges with Ribbon 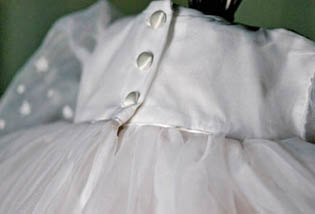 Other Posts from Ed Roux