A Gift to Dream and Create On

In the fall of 2011, my now most expensive friend, Kath called so excited I could barely understand her.  She practically yelled, “You have to come over right away and see my new sewing machine.”   Kath didn’t sew?

My Grand Mother, Mother and Aunt taught me to sew on a child’s Singer when I was very small.  I still have that antique.  Being frugal was a serious necessity.  Next, I sewed on my Mom’s standard old Singer until I received a Kenmore for my high school graduation gift.  The Kenmore quit when I tried upholstering on it.  In 1976, my husband was just starting a new job and on a probationary period  when I just had to have a sewing machine.  I went out and bought the last all metal Elna that was in the only sewing store around.  That caused a big ruckus at home but I had never been without a sewing machine…what could I say.  After a lot of hard use, my Elna started failing  and in spite of many trips to the sewing machine hospital no one seemed to be able to fix her.  I do still have her!  With that and a very hectic life in the mid-eighties,  money tight,  my love of sewing became a distant memory…until Kath’s call.

I joined Kath at her cabin not expecting to be WOW’D!!  Having been out of the sewing loop for so long, I had no inkling what sewing machines had turned into.  Not believing the average person could own a machine like her new Bernina Artista 730, I sat there just blown away.    Being very tech savvy, Kath was soon over my head with showing and explaining all the things the 730 could do.  I just sat there in awe, thinking, “I just have to have this machine!”  After  countless conversations at home about why I needed this very expensive, embroidery machine all of a sudden,  it still took until December 2012 when Bernina had a close out on the Artista 730 that my patient and understanding husband put it under the tree for Christmas.

With firm plans to spend Christmas in Utah with our son and his family, I left my wrapped Artista under the tree.  It’s a long way from Arkansas to Utah so I was allowed to take the book about the machine with me.  How my husband survived that trip I do not know.  I babbled about that machine continuously to anyone who would listen.  I don’t remember much about that Christmas in Utah that year.  When I was finally home, I unwrapped my dream machine with visions of all the beautiful clothes embroidered to the hit, in my head.  My next thought was, “HOW am I ever going to learn to use it?”  I am not tech savvy!  After my first class on my new machine I picked up a kit that was for a single block, paper pieced for something to sew between classes.   All I can say is learning to paper piece about did me in.  When I finally understood the method and finished the block my plans for my new machine took a serious turn.

Kara, a young gal who helps me out from time to time was getting married and wanted a quilt in the worst way.  I figured with all  my years of sewing it should be a breeze, especially on my new machine.  The wedding was six months off…no problem.  A year after Kara’s wedding…first anniversary, I presented her with my FIRST,  semi-paper piece, appliqued QUILT.  It had been a long, hard struggle that I would never have managed without my Bernina Artista 730.  It was hard to part with that quilt!

My first and second quilts were queen sized and then two more were a bit larger.  I have bad shoulders and these large quilts were a bear to finish on my 730.  When I started doing smaller projects because of the effort it took I knew something had to give.  On one of my frequent visits to the Conway, AR Sewing Center, I happened to be there when The Sterling Edition 880 was brought in.  When people say it isn’t possible to fall in love at first sight they don’t sew and haven’t seen the 880 in action.  I was mesmerized!  The 880 made my 730 seem antiquated.  My husband realized from the get go, how smitten I was.  It was so expensive I didn’t even consider it.  When we went into the store together I just showed him what it was capable of.  This was during a promotional period by Bernina.  He had already been into the store and talked to the owner…when he said let’s get it for me for Christmas I could not believe it.  My husband has made it possible for me to have my Berinas that keep me learning and creating…and forgetting to start dinner…I can’t thank him enough.  He can’t believe all that must follow once a Bernina makes it into the house.  Both these machine are wonderful!  The Artista being light enough to take on the road for classes or whatever.  I leave my 880 set up for embroidery unless I need to quilt a large piece…both must haves!  May your own dreams come true! 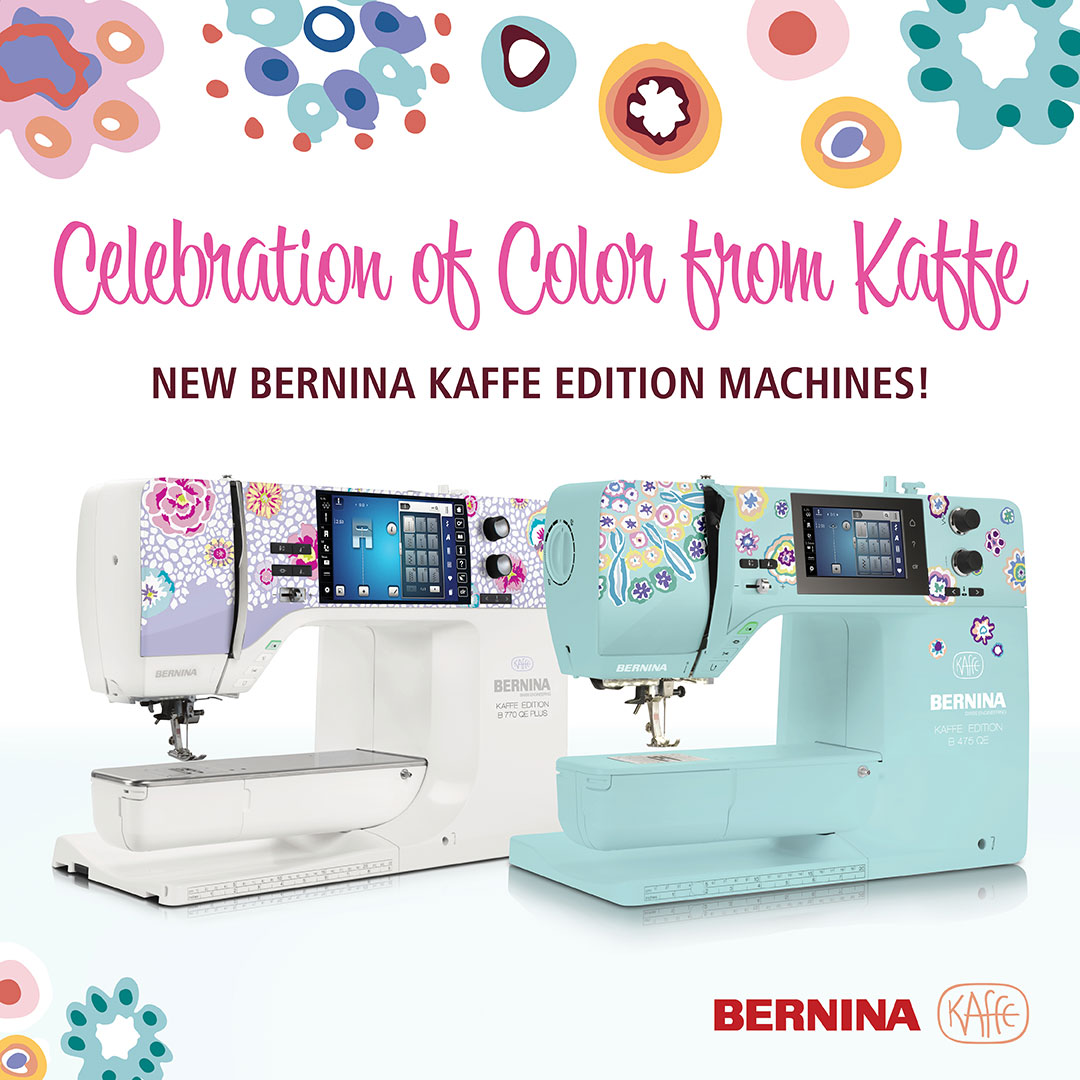