Make your super hero fan happy this year with a Baymax-inspired costume for Halloween. Take an existing sweatshirt pattern and make a few simple alterations to make the perfect Baymax sweatshirt. 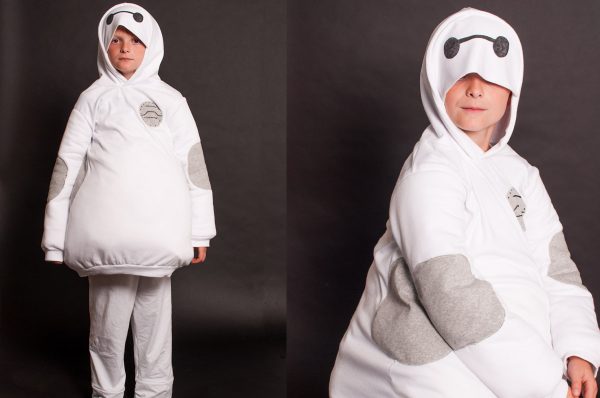 Materials to sew the Baymax Costume: 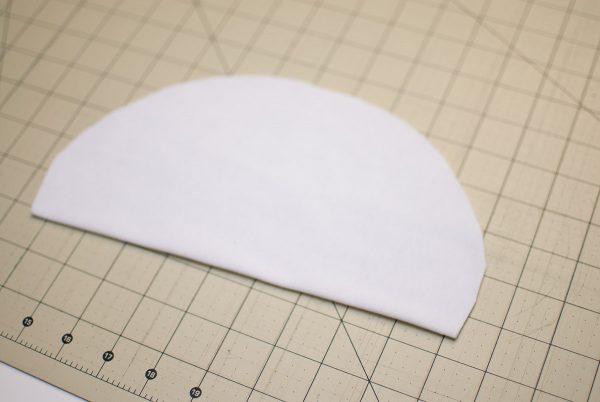 The alterations made to the hood is the addition of the face detail. Cut out a oval about the size of the child’s face. Then fold it in half. This will act as a mask but you don’t want it to cover the child’s face. 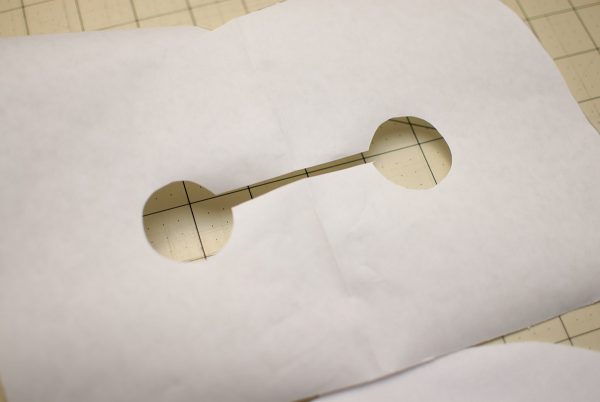 Then using freezer paper, cut out two circles with a straight line between them. This will be the eyes on the mask. 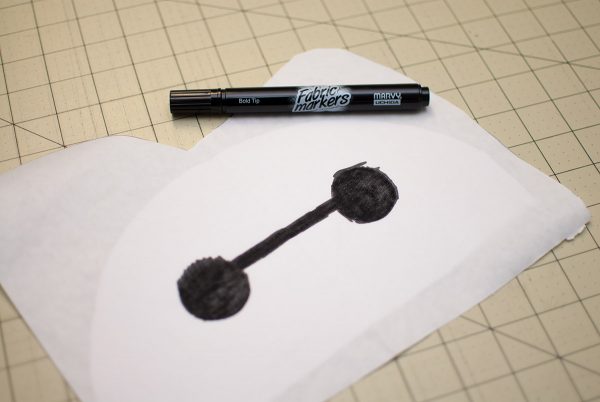 Iron the freezer paper shiny side down to the front of the mask piece. Then color it in with black fabric marker (or paint). 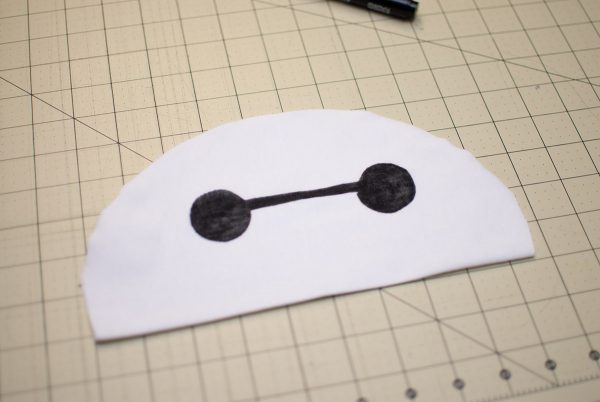 Then peel away the freezer paper. 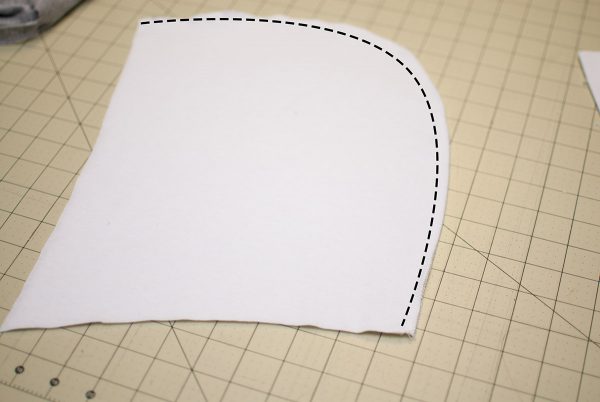 Sew two (2) hood pieces together just like you would normally with the pattern (repeat with lining). 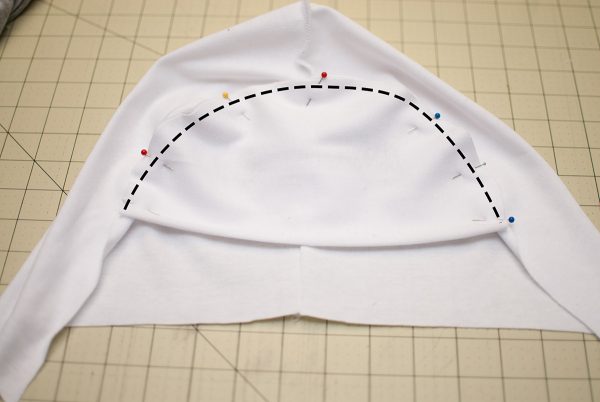 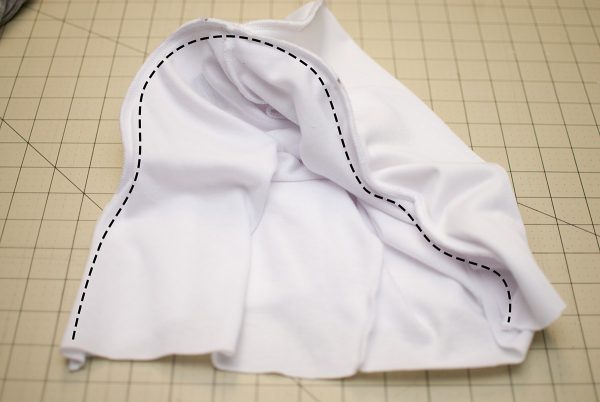 Then sew the hood lining to the hood with right sides together. The face piece will be sandwiched in the middle at this point. 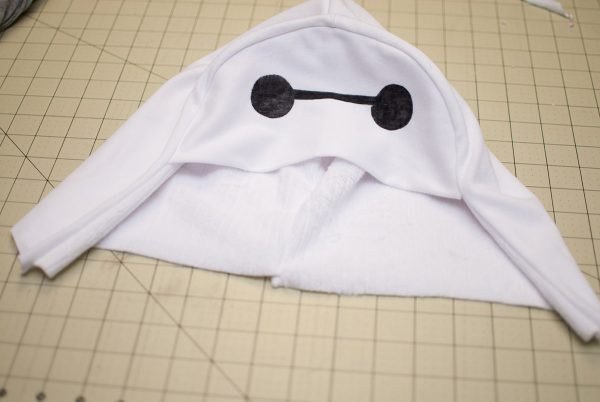 Turn the hood right side out. Now you should have a hood with a face piece along the top. Sew the hood to the neckline of the sweatshirt as normal. 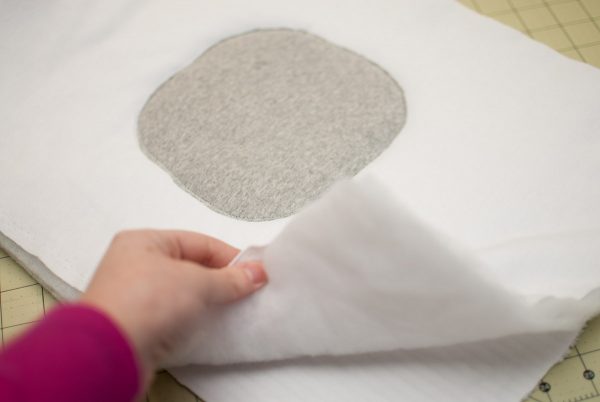 For the sleeves, you will be cutting out three (3), cut two (2) from knit and one (1) from quilting batting. Then layer all the sleeve pieces together. Cut out a circle from the gray knit. Using the BERNINA zigzag foot #0 sew a zigzag stitch around the circle quilting it in place to the sleeve layers. Then sew the sleeve to the sweatshirt as normal. 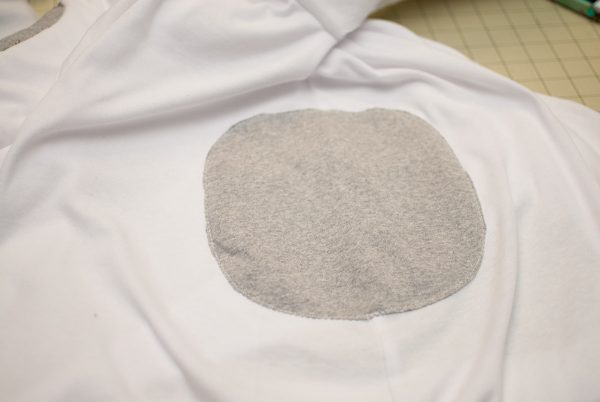 Step 3: Add circle to side.

Cut out two (2) circles from the gray knit. Then using the zigzag stitch sew a circle centered on the side seam of both sides of the sweatshirt. Again using the gray knit cut out a small circle. Use the black fabric marker to draw on some details to the panel. 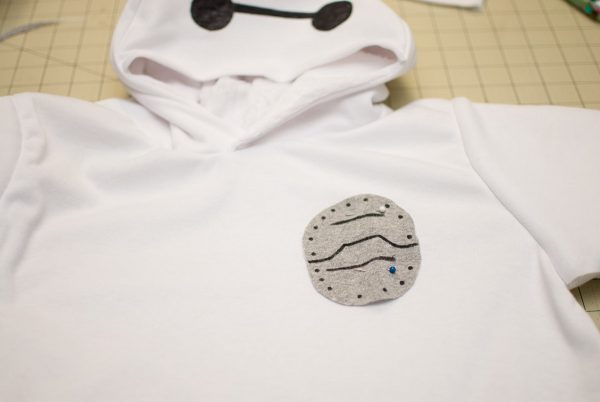 Then sew the panel to the front of the sweatshirt.

At this point you should have finished sewing the sweatshirt as normal. I also made some basic white knit pajama pants to be worn with the sweatshirt. I also stuffed two small pillows under the sweatshirt to give him that lovable puffy look. 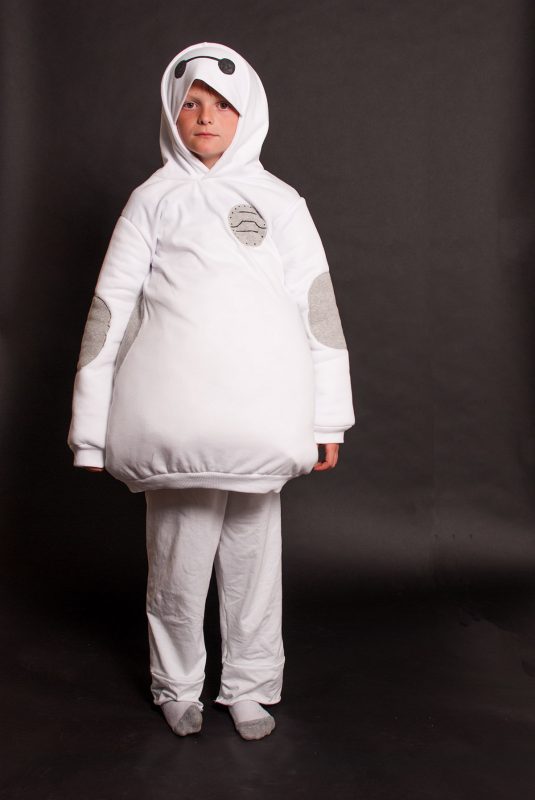 Then you are done with your cuddly and lovable super hero.