We all know that the motor is what makes the sewing machine turn (or go), depending on how heavy footed you are. Yet it does more than that. And the type of motor also plays a role. Let’s explore what’s special about the DC motor and electronic motor control and why it’s the only type found in modern BERNINA machines.

First, a bit of terminology: AC stands for Alternating Current and DC for Direct Current. Without getting into electrical engineering, let’s review the key differences between the two types of sewing machine motors, AC and DC.

Before DC there was AC.

AC motors are an old and proven technology. However, AC motors typically ramp up speed gradually and they have less power while running at low speeds. If you remember old electrical sewing machines from the 30’s through the 50’s, you may recall how they had to run faster to go through thicker and heavier material. At slow speeds, the machines would growl and often fail to go through such layers unless the user helped it along by turning the handwheel manually.

DC motors came to sewing machines with the advent of electronics controlling the machine. They offer the key advantage of strong power even at low speed as the electronics can govern power delivery to the motor at any speed. Another advantage is that they reach top speed faster, maintain the selected speed and come to a stop faster. This is typically manifested in how quickly a BERNINA machine responds to stepping on the foot control, reaching top speed in about a second when needed. On the other side, a DC motor, thanks to electronic speed control, can let you stitch one… stitch… at… a… time and when you let go of the foot control the machine stops instantly.

DC motors were introduced into BERNINA machines starting with the model 930 in 1982. BERNINAs have been driving like sports cars ever since!

Check out the DC motor of a BERNINA 8 Series machine. It’s big and powerful! If you look carefully you will notice some lint on the motor and fan blades. Where there is sewing, there is lint! And with air flow some of the lint will inevitably be drawn into your machine. That’s why is so important (among other considerations) to have your sewing machine serviced annually. Take care of your machine and it will sew for you. There is more to what a DC motor can do in your machine. Let’s find out.

Hybrid electric cars typically use their electric drive motor(s) to actually brake.
The motors are used as generators in that mode, so they resist the motion of the car instead of contributing to turning the wheels, acting as a brake in reducing speed, all while recharging a battery.

Now back to your sewing machine… Have you ever noticed that when you ‘step off the gas’ (off the foot control) on your BERNINA, the machine stops almost instantly? It’s part of the control BERNINA users enjoy from their machines. Cue in the DC motor. When you release the foot control, the electronics in the machine stop pushing the motor, which then turns into a generator (since it’s still turning). That generator mode has the same effect in opposing resistance to the motion (rotation) inside the machine, acting as a brake. While the hybrid car still has dedicated brakes to better stop a very heavy car, the DC motor inside a BERNINA does all the braking.

This points to a few things that have to be managed together for your machine to run smoothly, responsively.

On a BERNINA 7 Series machine the DC motor is not limited to making the machine turn and braking. There is an air duct (the white plastic part surrounding the motor – see the red arrow) around it. While the (black) fan attached to the motor fans air outward, it draws air through the duct, which in turn draws air from above the motor. That air flow helps cool off the main power board, a common source of heat in a sewing machine. 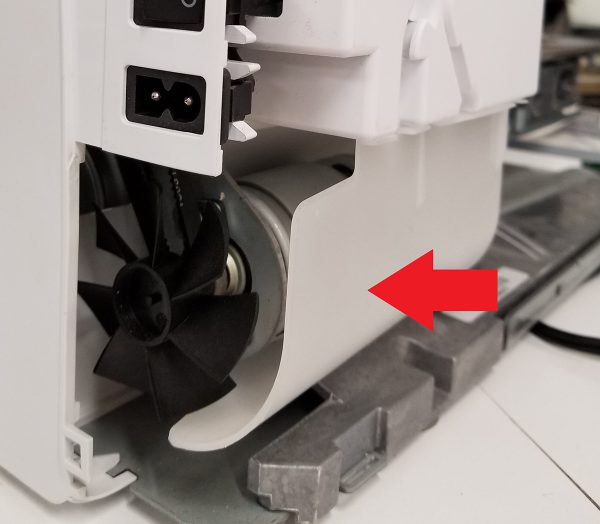 The orchestrated dance inside your machine. Power. Position. Friction

Power: The electronics in your modern machine control how much power (current) is supplied to the DC motor:

The result is equally strong needle penetrating power at any speed, a key characteristic of a BERNINA.

Position: Using infrared sensors placed at key points in the sewing machine the electronics (brains) can determine where the sewing mechanism is at in its rotation. This includes knowing if the needle is in the full Up or Down position, for instance. The same sensors will let the machine know if the machine has stopped turning, even if the user is still pressing on the foot control. Typically, in such cases, the machine will stop and display an error message on screen if a visual display interface is available.

TIP: If you own a 7 Series BERNINA like a B 770 QE or B 790 PLUS, have you noticed that when you use the built-in needle threader the machine automatically lowers the presser foot (if it was Up) and parks the needle in the Up/threading position? You can use that feature to your advantage. If you have used the hand wheel to verify where the needle would enter the fabric (e.g. for decorative work) when sewing, simply pull the needle threader lever down about 1/4 inch and let it go. The machine will automatically send the needle back to the Up position. This is great for embroidery too, when using Pinpoint Placement on a B 790 PLUS.

On a well-engineered machine like a BERNINA, internal friction is kept to a minimum so that the power applied to the DC motor is applied efficiently and effectively to the sewing task.

A note about needles: In general, a smaller gauge needle will encounter less friction while going through the fabric. With multiple layers however, the same needle will bend or break more easily if the force needed to make it pierce the layers exceeds what the needle can tolerate. The point of the needle also plays a role. A sharp/jeans needle will go through more layers of heavy denim or canvas, compared to a universal needle of the same type. When too much resistance is met by the machine, the solution is to review the type and size of needle used.

Enters the fine choreography inside your machine

Again, with electronics, the machine is able to juggle these factors on the fly:

TIP: By using the proper needle type and size, that upper limit is usually avoidable. That being said, there are often areas of a project where the layers add up to a single tough spot. Think when you box the bottom of a heavy tote bag that is lined and may even have a stiffening layer in between. What happens when the machine encounters so much friction like on 6 layers of canvas? Does it stop or break a needle every time? Or is there another way?

With standard higher-end machines, the machine constantly measures the electric current the main motor is consuming. The maximum current is defined, so that no damage can occur to motor or power supply. If the upper limit is reached, the machine will traditionally stop the motor.

Have you ever observed Hammer Mode in action on your BERNINA? The first time you do, it may scare you (it did me). It may feel like you are breaking the machine. There is nothing wrong happening with the machine as it’s a programmed feature. It will just feel scary. Remember that if hammer mode kicks in, it’s only trying to save your needle. It may be time to upgrade your needle, either to a more suitable type (e.g Jeans needle for the heavy canvas) and/or size of needle.

Find out more about essential needles for your sewing room here.

After all, the mighty DC motor is not the one going through the fabric—the needle is. Still, it’s reassuring to know that my BERNINA goes all the way in providing both optimum and maximum power when I sew. I do my part by using a fresh needle on every project, selected by type and size for the application. 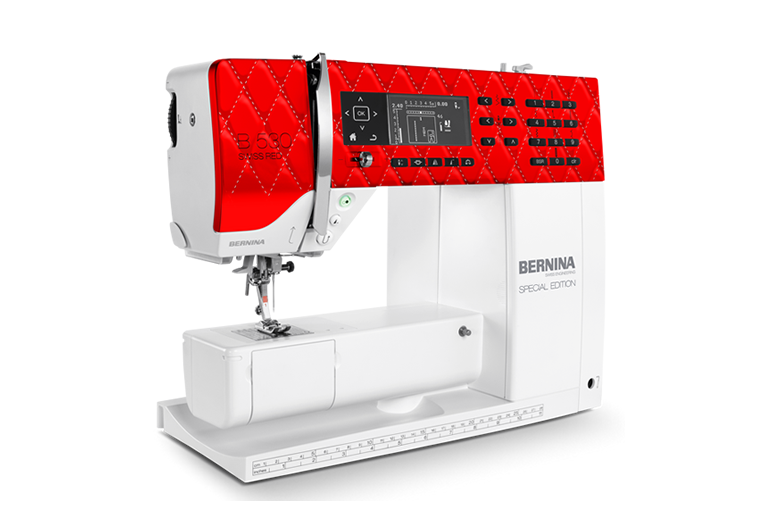 How to Sew Leather Bracelets 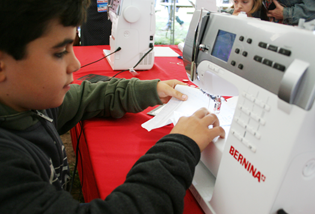 BERNINA Goes to the Faire 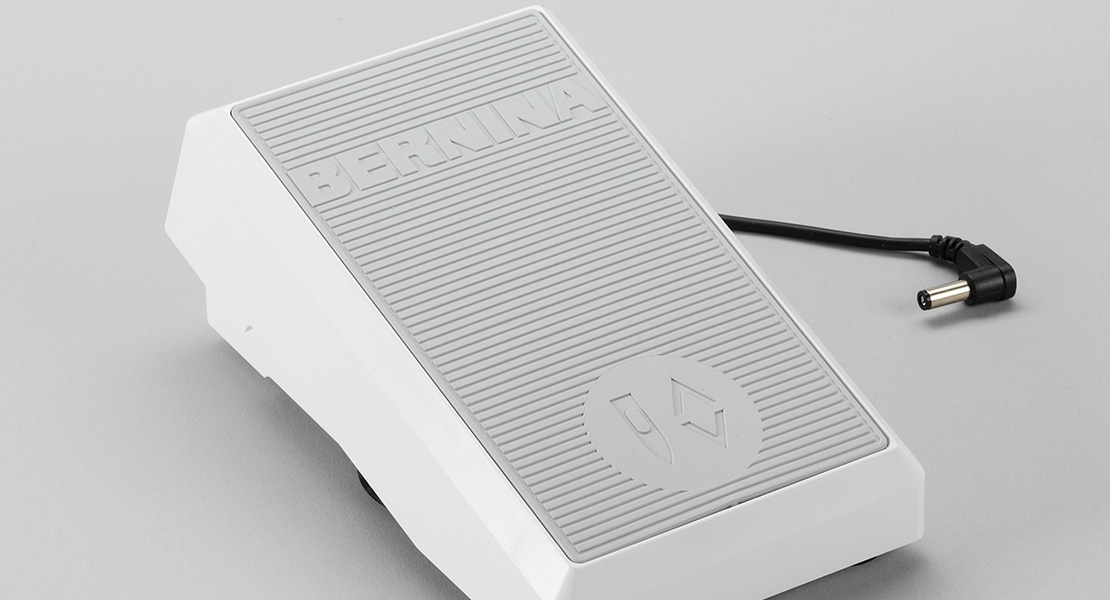 BERNINA Sews Pink For The Cause 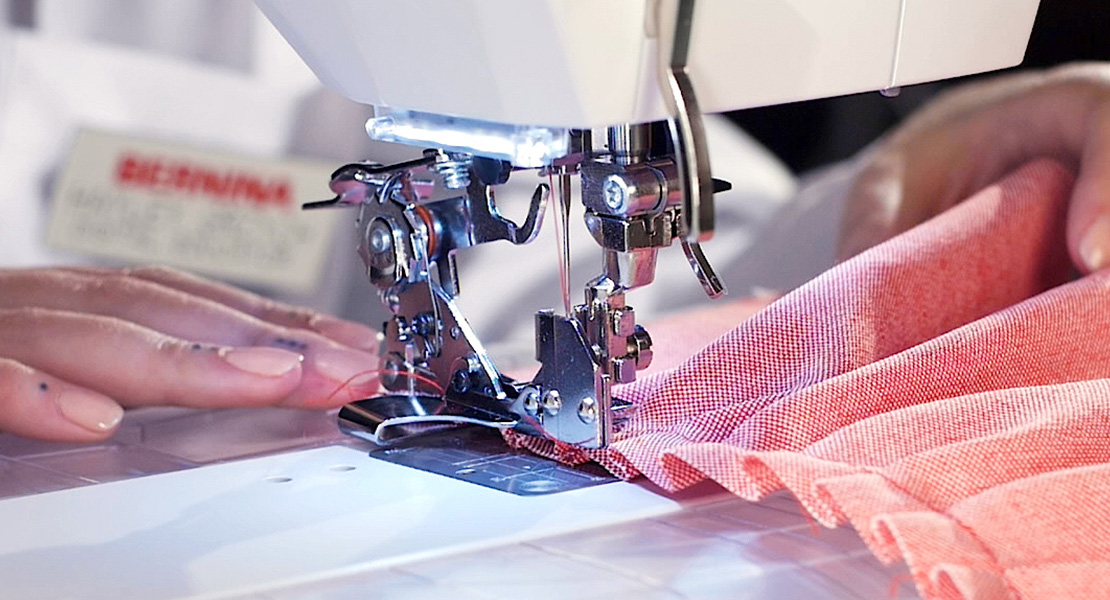 Will it Ruffle? Get the low-down on the BERNINA Ruffler #86 Serger Stitches on the BERNINA L 890 Enter for a Chance to Win the BERNINA L 450! 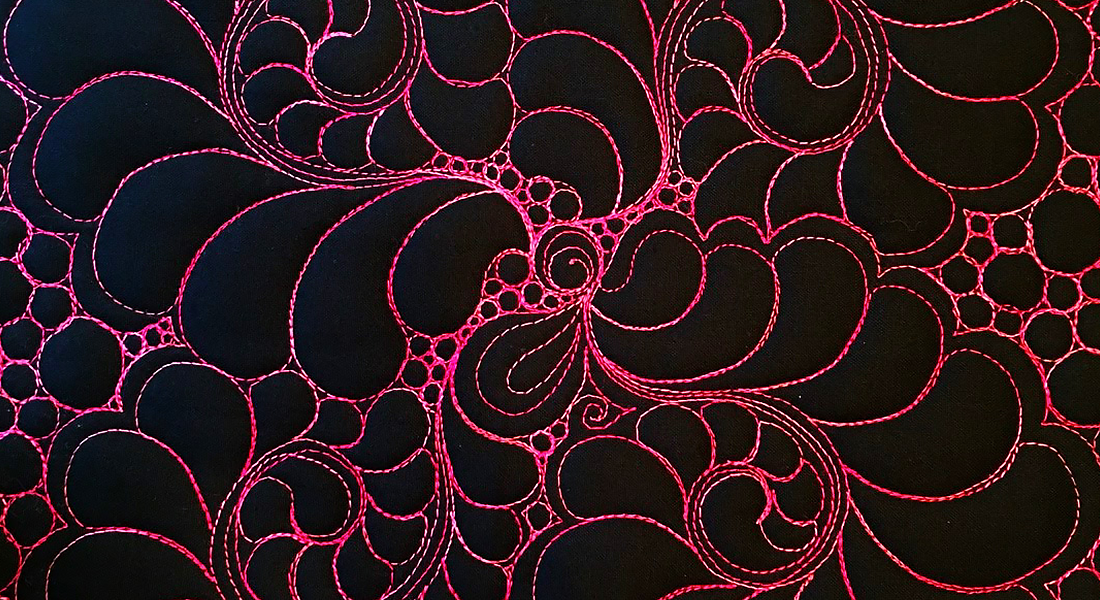 Changing Feet on The BERNINA Longarm! Please Welcome the New Swiss Edition to the BERNINA Family! 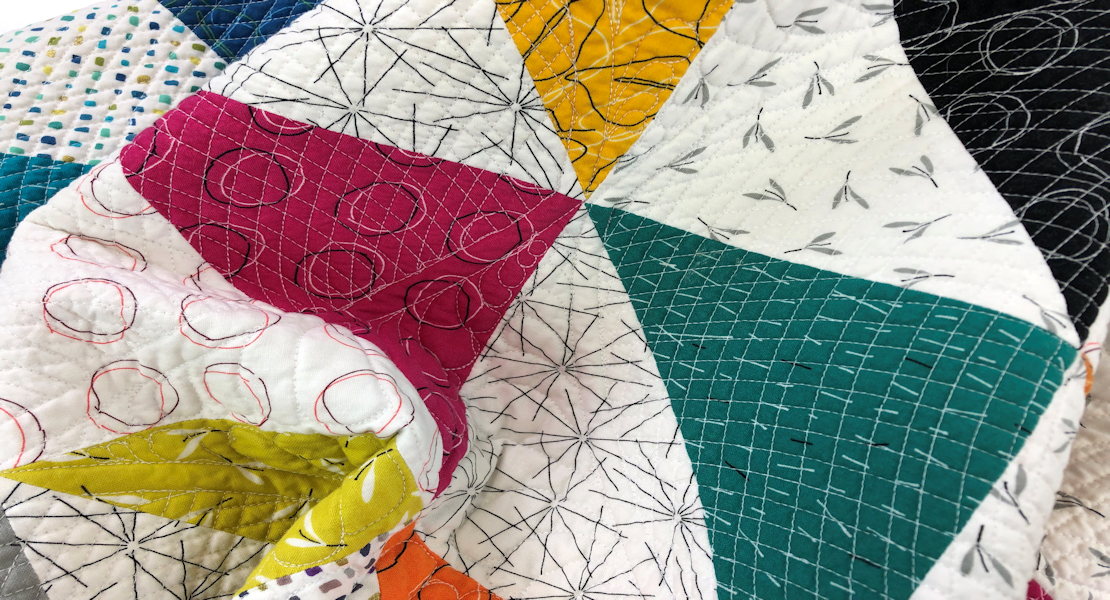 The BERNINA Guide to Machine Quilting 5 comments on “The BERNINA DC Motor”