For example, look at the image below – a flat one-dimensional background because there is nothing there. Now in the next photo, just by changing the direction of the terrain line the illusion goes from a gently sloping terrain (top) to a very steep incline (bottom). 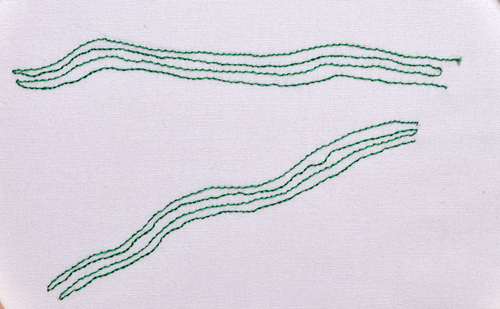 To go a little farther, look at the background fabric in the next photo. Now the artist has helped with determining the terrain lines by the way the background was painted. 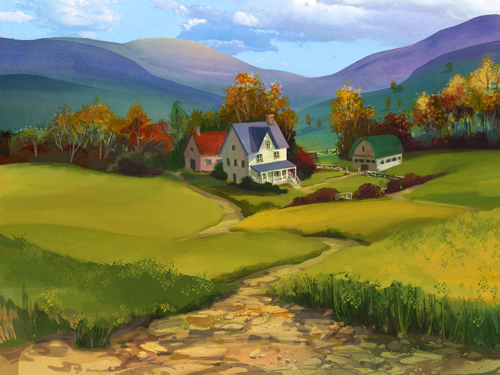 But as quilters we can really enhance the illusion of distance and closeness by the correct quilting as seen below. 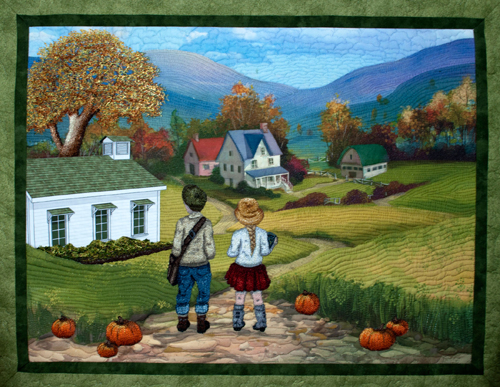 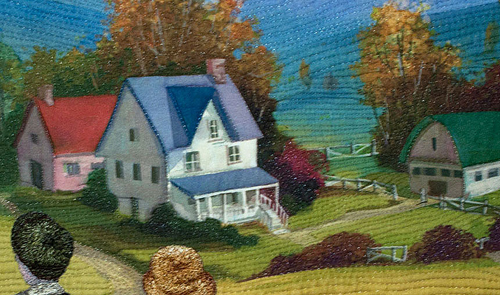 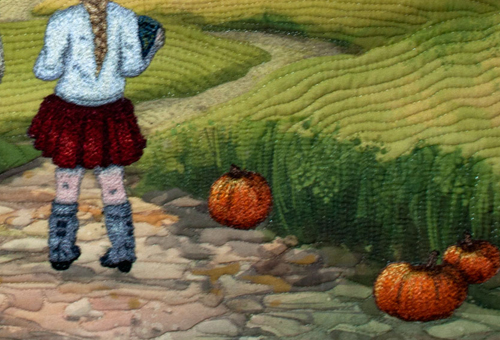 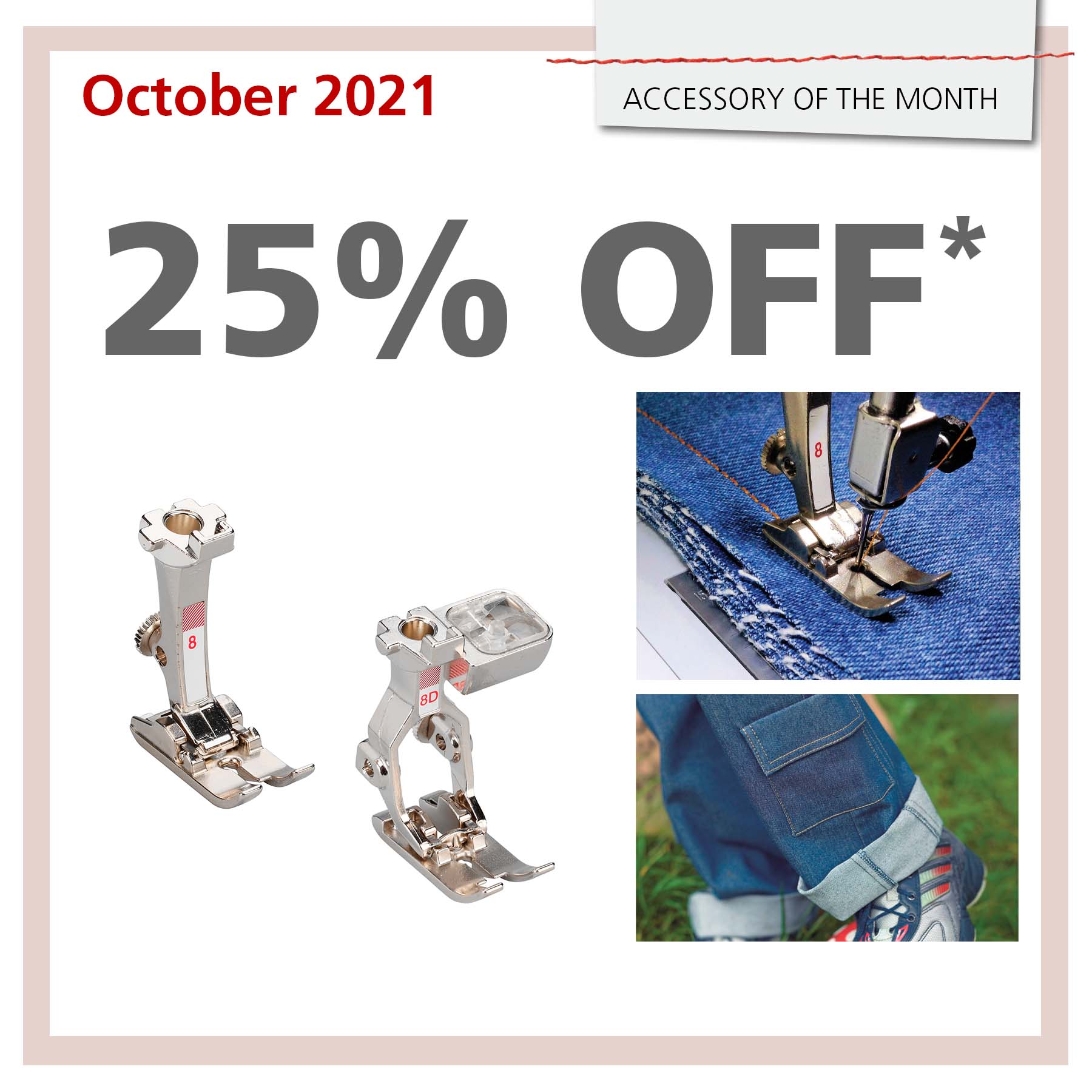