Skip to content
Home » How To Use Piping as an Edging

How To Use Piping as an Edging

Hi everyone, Julie Eilber of JetSetSewing.com here to show you how to make piping that works as facing, too! My BERNINA 560 (AKA “Karl”) and I have been sewing with sweater knits, and I’ve found this technique can give your knit garments soft support and a lot of style. In the photos below, I’m putting piping on the front of a retro knit jacket, but you can also use this on all sorts of necklines, sleeve edges and openings. Use Bulky Overlock Foot #12C or Zipper Foot #4 on your machine to sew in the piping cord, using a straight stitch. Sew this first seam a little bit away from the piping cord, so the piping will be loose in the fabric. You will sew closer to the cord when you attach the piping to your garment, and that will keep the piping seam nice and smooth. See, Karl’s needle is alllll the way over to the right, in position #5.

Attach piping to your garment. 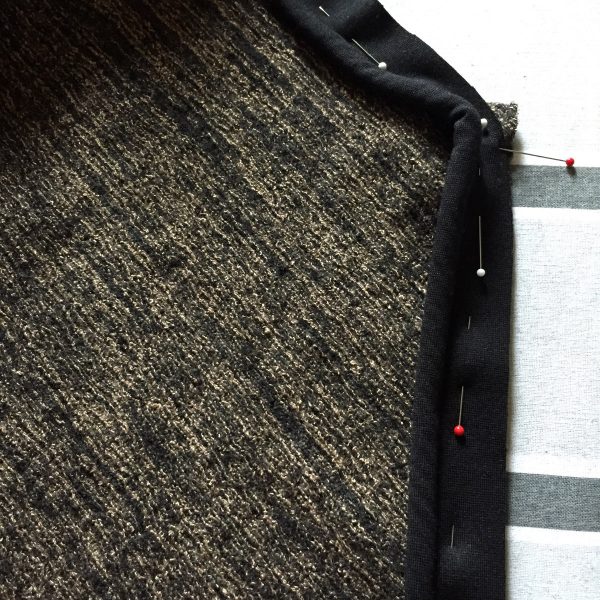 Use a straight stitch to sew the piping to the garment, making this seam closer to the piping. Now I have the needle to the right in position #4. Turn the raw edge of the piping to the inside of the garment and press. On the right side of the garment, use a straight stitch to “stitch in the ditch” between the piping and the garment fabric to secure the facing. At this point, I’ve moved the needle to position #4 on the left. The Bulky Overlock foot really helps to keep the piping even and precise. Use fell stitches to invisibly hand sew the seam allowance/facing to the inside edge of the garment. You don’t need to turn the raw edge under. Here’s how it turned out on my jacket: Give it a try! It will give your garment a nice clean finish that’s stable, but not bulky. How to Use Zippers as Embellishments in Art Quilts How to Make Mini Piping How to add Piping to Pockets 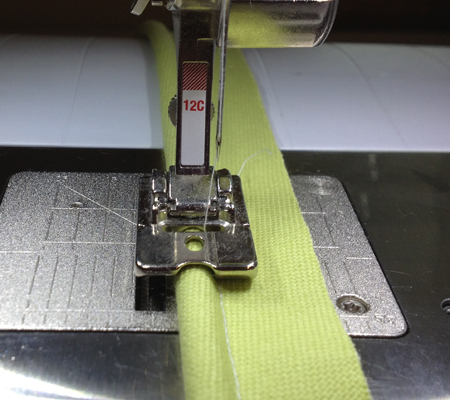 Piping: How to Make and Insert Covered Cord How to Sew Flat Piping Trim to a V-neckline 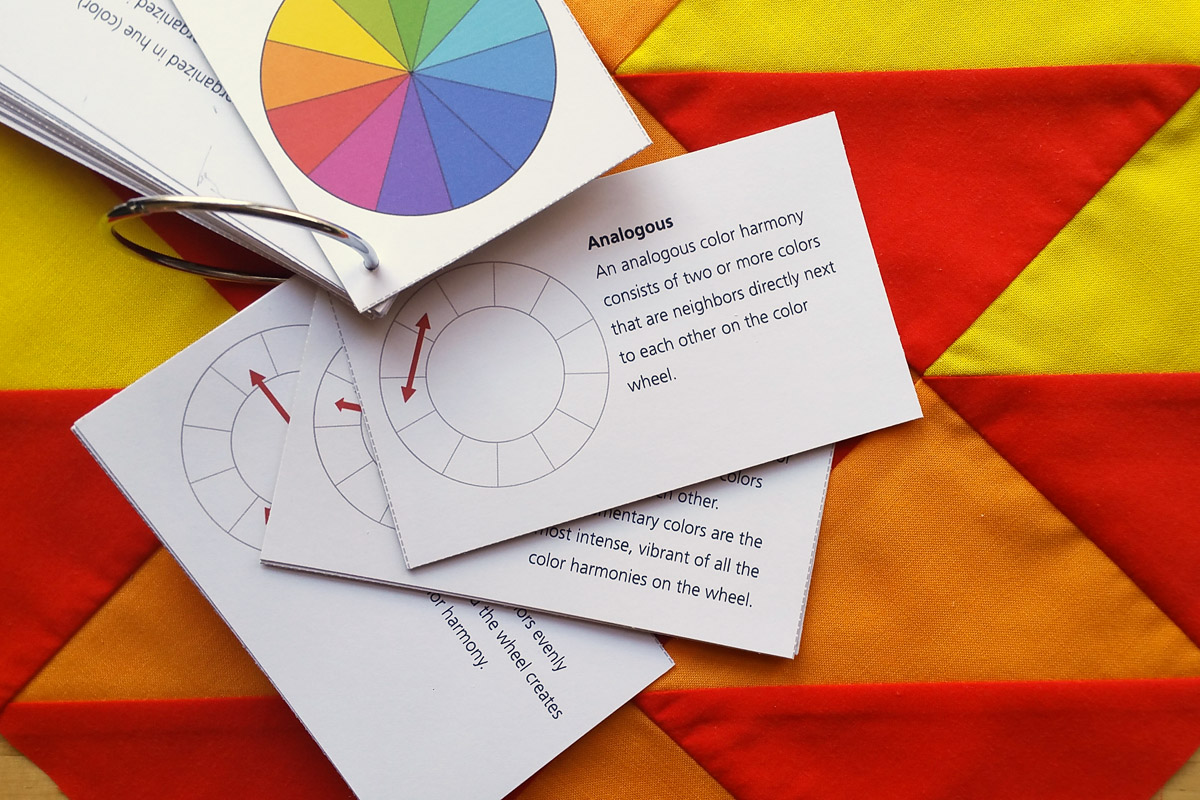 How to Use a Color Wheel How to Sew a Kids Busy Book, Part 6: Assembly How to Use the Height Compensation Tool 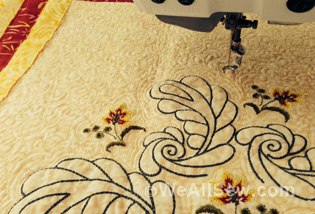 How to Put a Little Quilt to Practical Use 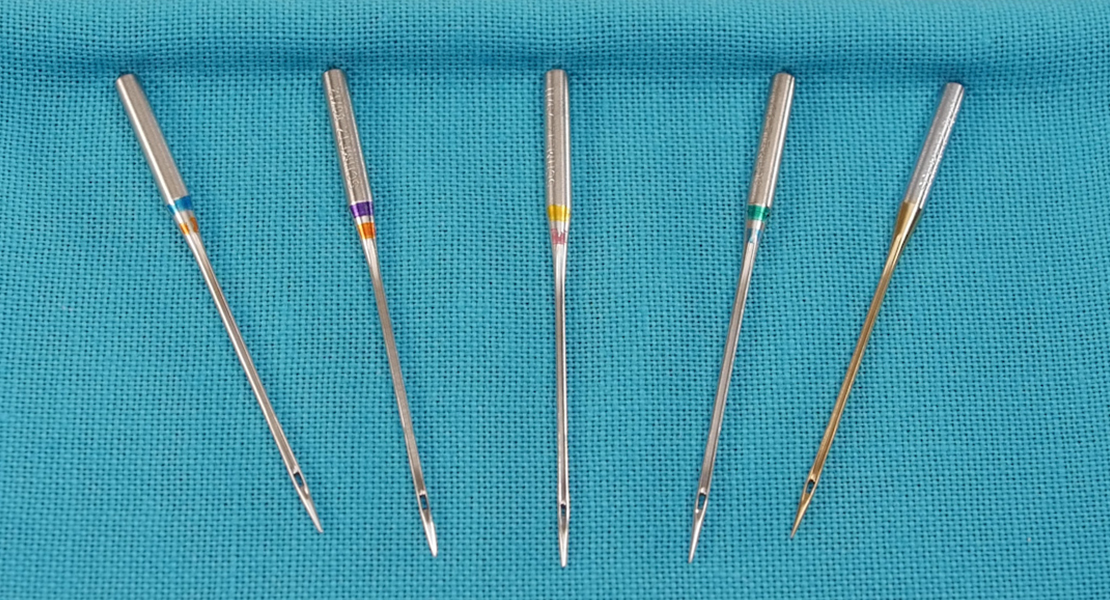 Sewing Needle Guide: What to Use and Why 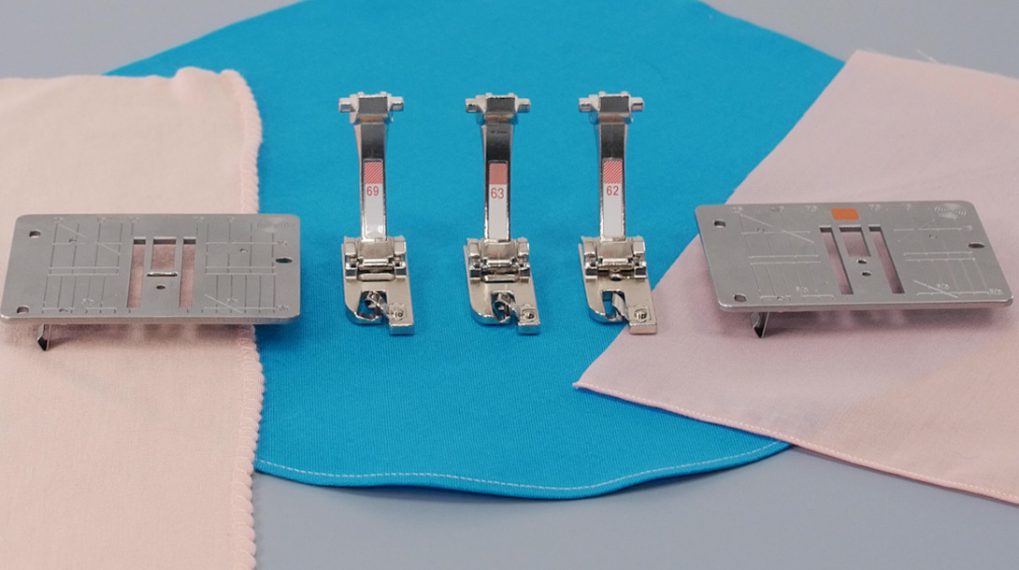 How to Use Three Common Hemmer Feet How to Use Rivets to Add Detail to a Denim Jacket How to Quilt Christmas Stockings As You Go Shopping for An Overlocker: 9 Questions To Ask Four Approaches to a “Pipes and Piping” Quilt Challenge How to use Stamp Sets for Sewing Projects 6 comments on “How To Use Piping as an Edging”