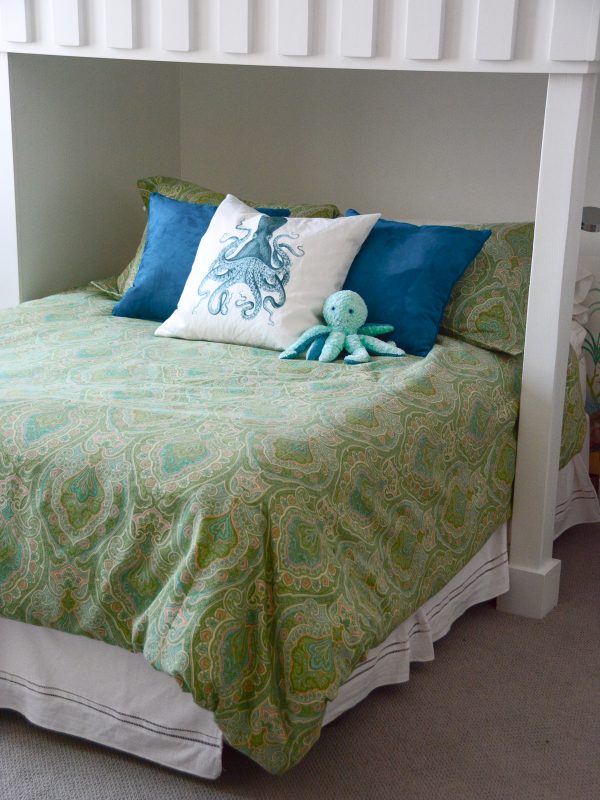 A duvet cover must be one of the easiest things to sew around! It’s truly a beginner project: all straight seams and all raw edges hidden. Even better, sewing one yourself means the options for fabrics are endless. I don’t know about you, but I have no problem finding gorgeous home decorating fabrics. 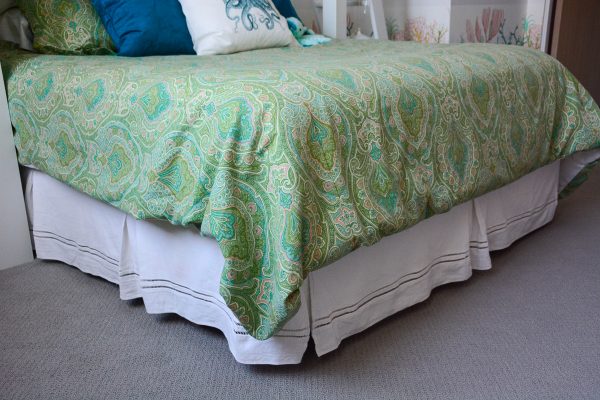 To make this project even easier, I like to back my duvet covers with a purchased flat sheet. It saves some seaming and finishing and it’s often less expensive than purchasing the fabric. My mother taught me this trick and mother knows best! Another bonus of a DIY duvet cover is the opportunity to make it exactly the right size. I’ve made them with a generous drop, and shorter. I love the option to tuck in the duvet for a more modern, tailored look, in which case you’d want the drop shorter. 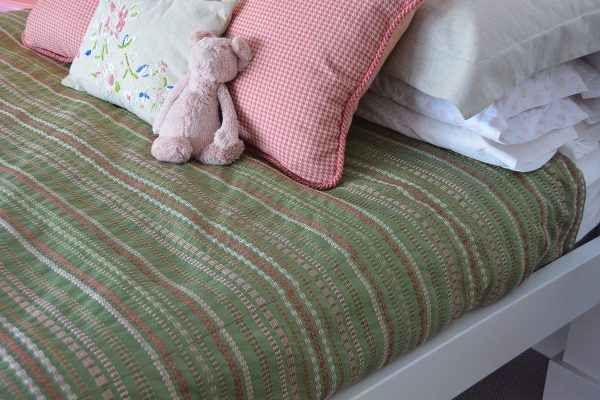 How to Sew a Simple Duvet Cover

Before beginning, determine the size of your duvet cover. Standard measurements are as follows:

However, you can take this opportunity to customize your size. The easiest way to do this is to lay your fabric on top of your bed and take some measurements. You’ll use the full width of your fabric for the center panel of your duvet cover. Decide the length you’d like—for instance starting at the top of the mattress and finishing with a 12″ drop over the end of the bed. Then decide the additional width you’ll need from the side panels by measuring from the edge of your center panel fabric over one size of the mattress to the desired drop, for instance, 12″. 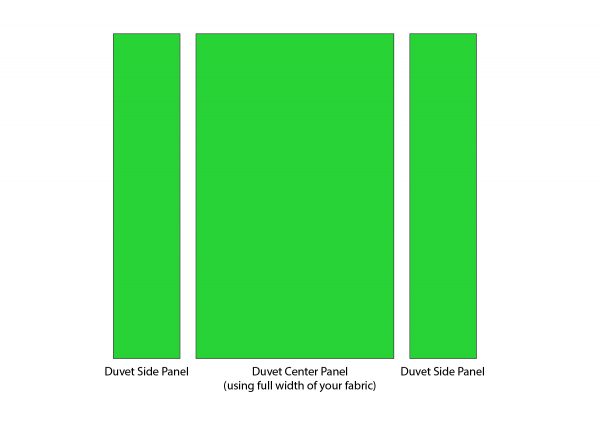 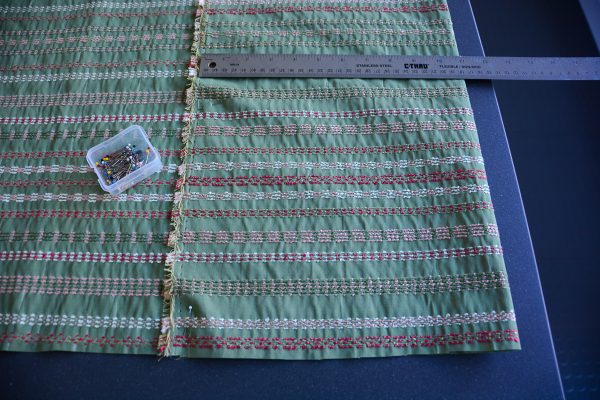 To cut straight side panels you can fold over one of the selvedge edges towards the center the distance of your side panel width (for instance 17″) . . . 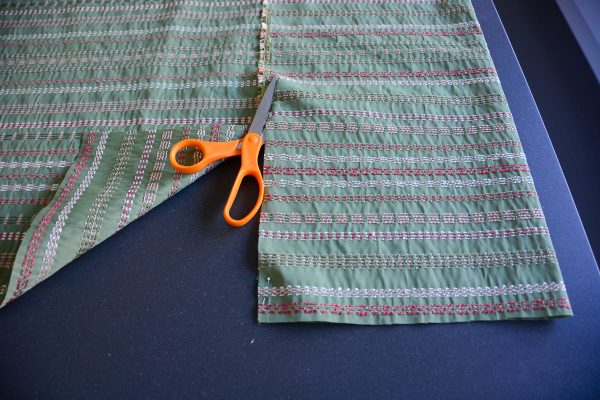 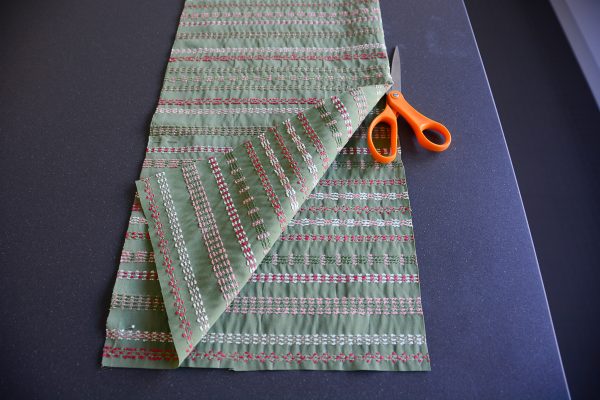 . . . and then cut that folded length in half along the fold to yield your two panel pieces.

Now to seam the duvet cover, lay your side panels on your center panel right sides together and pin along the long edges as shown: 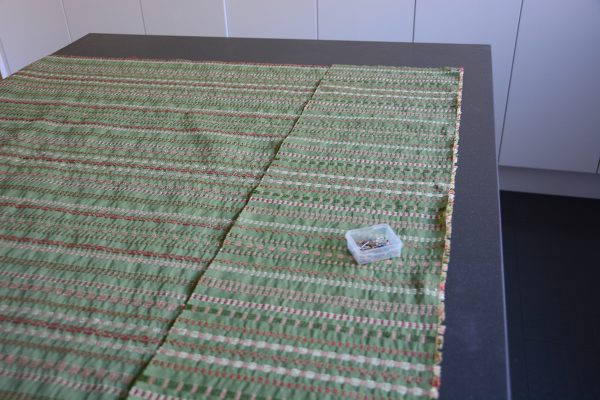 Stitch down the long edges using a .5″ seam allowance. 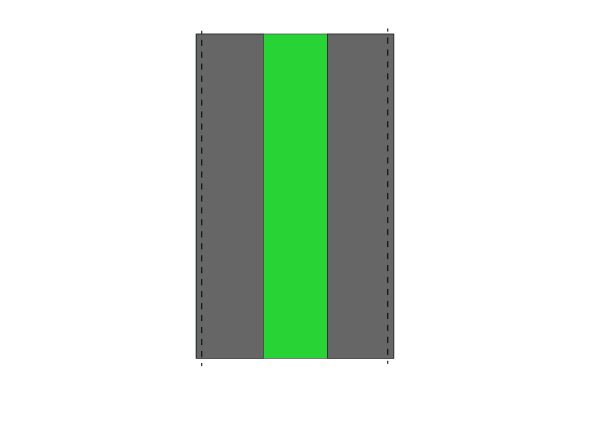 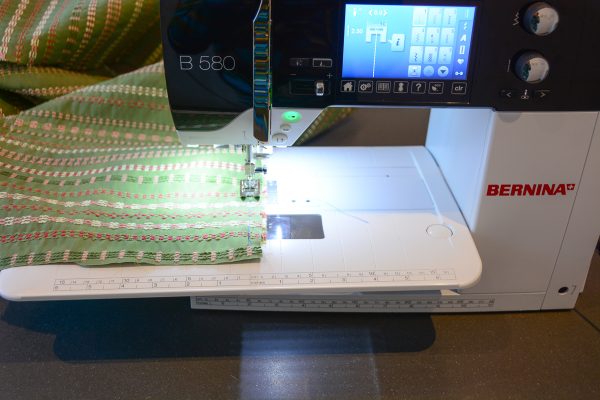 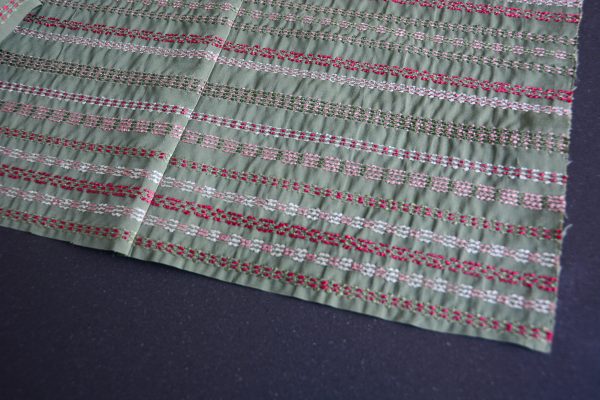 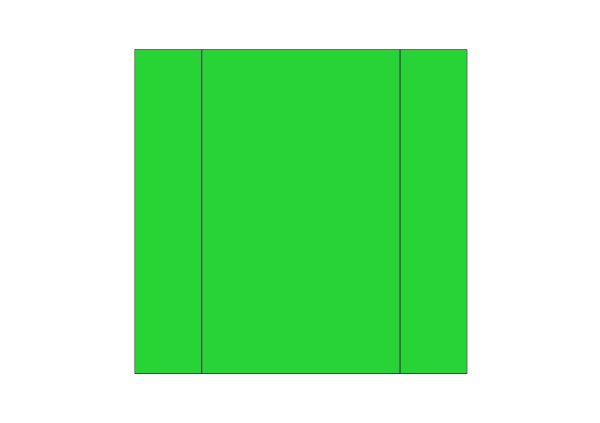 Now you’ll need to cut the back panel to fit. Take your flat sheet and cut the Envelope Flap from the top finished edge of the sheet. 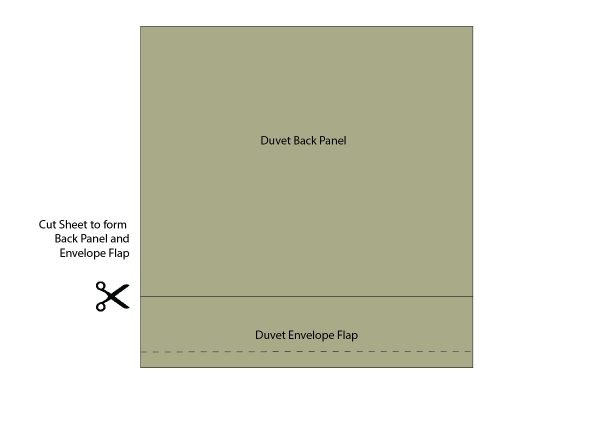 Cut the remaining sheet for your Duvet Back panel to fit your Duvet Cover top, with an 8″ overlap with the Envelope Flap. 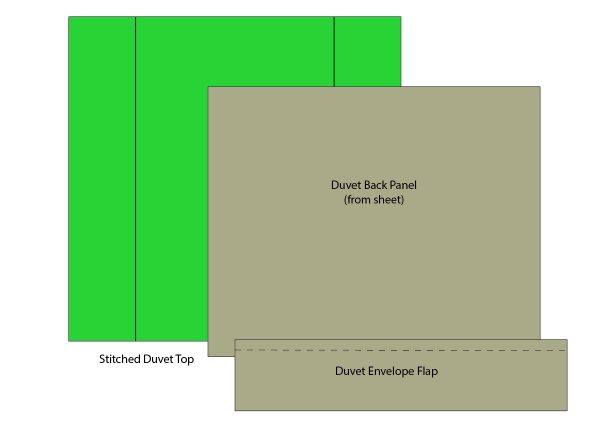 Finish one short edge of the Duvet Back Panel by turning it under .25″ twice and stitched close to the folded edge. This finished edge with tuck under the Duvet Envelope flap. 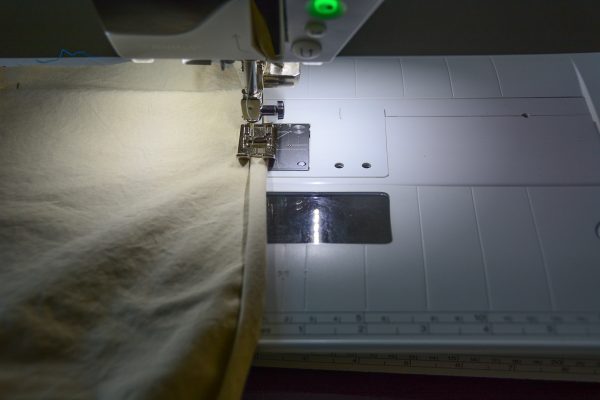 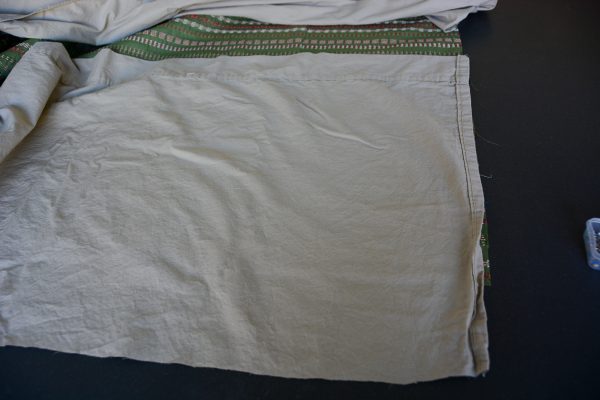 Pin the duvet back panel to the duvet cover top, right sides together. Align raw edges and orient the finished edge of the back panel so it overlaps the envelope flap. (These should overlap by about 6″ or so.) 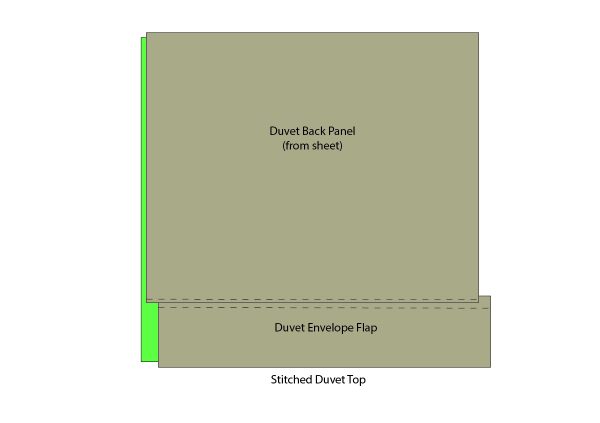 Pin all the way around the outside edges. 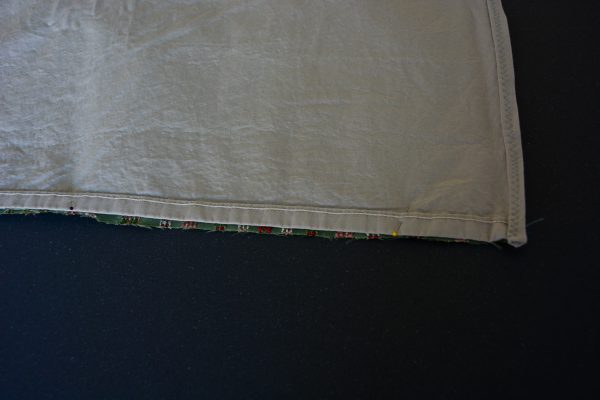 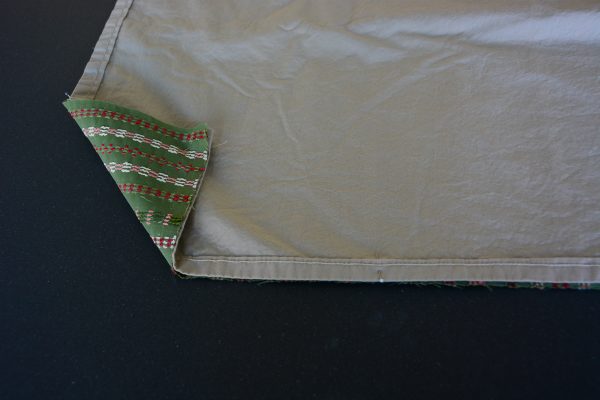 Now stitch around the duvet cover using a .5″ seam allowance. 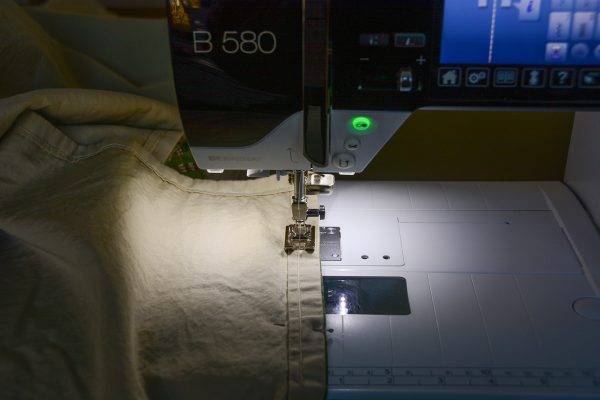 Clip corners and turn duvet cover right side out. Press the edges so they are neat. 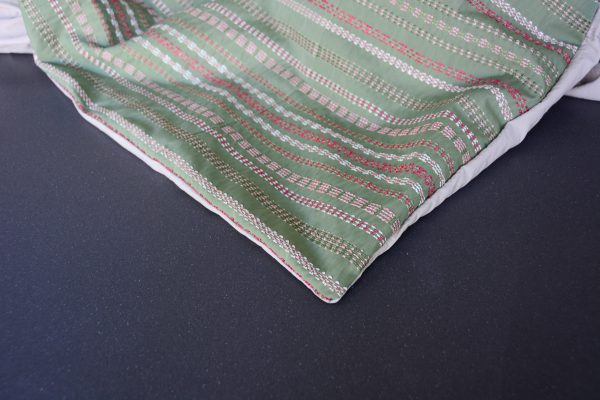 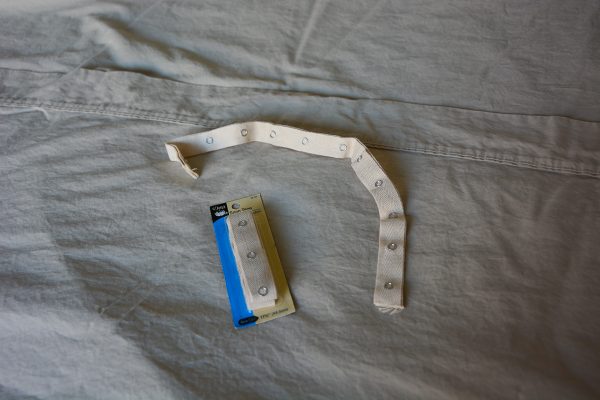 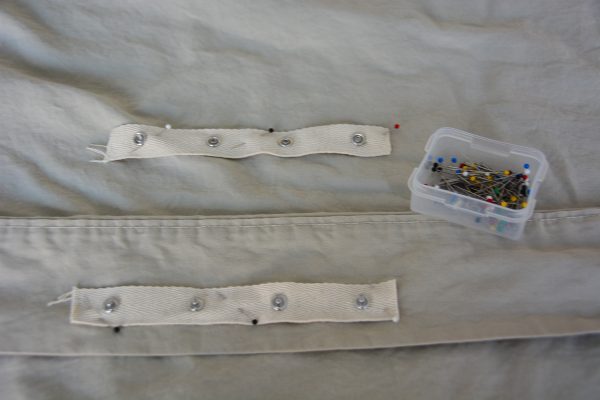 Stitch the tape down all around the perimeter using a zig zag stitch. 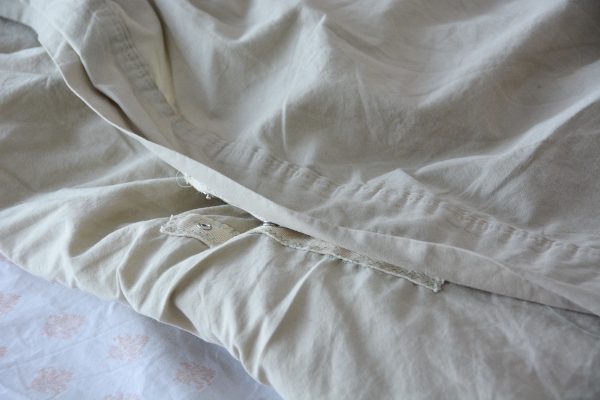 That’s it! Insert your down or down-alternative duvet and make your beautiful new bed! Watch out for my next week’s post, the DIY corded pillow cover.

You might also want to check out my post on how to sew a flanged pillow sham in this bedroom home decoration series.

2 thoughts on “How to Sew a Simple Duvet Cover”